It's not very exciting, unfortunately. "We do not comment on rumour or speculation,” they told us.

So we're none the wiser. Maybe it's happening. Maybe it isn't. We'll have to see what happens.

There's a chance that Ubisoft could be bringing its 2.5D platform-adventure Assassin's Creed Chronicles: China to iOS and Android.

A mobile port hasn't been mentioned anywhere by the company itself. However, PG reader Himmat Singh opened up the .ini files of the PC version of the game and found something unexpected.

The .ini files are where you can change many of the game's configurations. At the top are all the relevant settings for PC, but scrolling down reveals settings for various iOS and Android devices.

We checked it out ourselves and found everything from the iPhone 3GS up to the iPad 4 listed on the iOS side. While Android is just, well, Android.

What the presence of these mobile settings could mean is unknown to us at this point.

It seems likely that it reveals an iOS and Android version of the game has been in development. Whether it was cancelled, or is yet to be announced, we don't know yet.

We've reached out to Ubisoft for comment and to hopefully find out what it means. We'll update with anything we hear back. 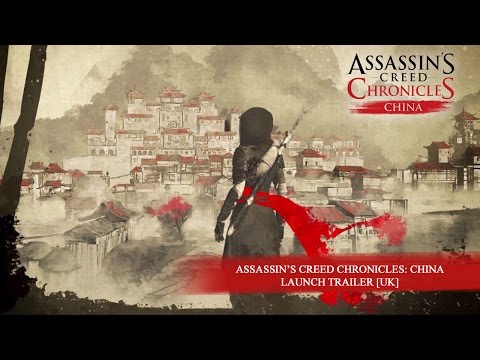 For those who don't know, Assassin's Creed Chronicles: China differs from other games in the series due to having a sidescrolling format.

You play as Shao Jun, the last remaining assassin of the Chinese Brotherhood, as she avenges her fellows by killing templars around 1526 China.

It's the first in a trilogy with the others being India and Russia. It was released on PC, Xbox One, and PS4 earlier this week.

You can find out more about Assassin's Creed Chronicles: China on its website.

Assassin's Creed Chronicles is coming to Vita in April, as a trilogy pack