MTG Arena’s Innistrad: Midnight Hunt follows the tale of werewolf Planeswalker Arlinn Kord, searching for the Moonsilver Key in preparation for warding off the mysterious dangers of the night. On the eve of the Harvesttide Festival, can you protect Innistrad and help restore balance to the plane?

Fan favourite Innistrad is all things creepy and horrific, and the latest expansion pack will have something for both old and new fans alike. "In some ways it was harder," says Creative Manager Tom Jenkot. "We know this world and what it looks like. That always helps us make resonant card treatments." 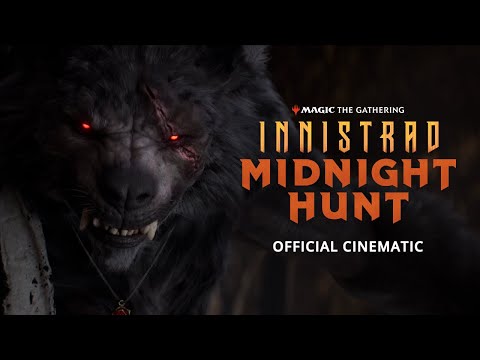 "It is always a challenge to revisit a famous and well-known set, because you have to fulfill expectations as well as bring surprises to fans,” says Art Director Ovidio Cartagena. “We don't want to go off-brand, but we also want to thrill audiences by showing them parts of Innistrad they haven't seen before!"

There are also different items up for grabs in the MTG Arena Store, which includes the Innistrad: Midnight Hunt Sticker Bundle among other things (1,000 gems or 5,000 gold). If you’re eager to join in on all the fun, Magic: The Gathering Arena is available to download on the iOS App Store and on the Google Play Store for Android devices. It’s a free-to-play game with in-app purchases. You can also have a look at the awesome cinematic trailer embedded above for a thrilling sneak peek.