miHiYo’s ARPG game Honkai Impact 3rd is getting its v5.1 update titled Pristine Realm on September 16th. It will see the introduction of Elysia, the lovely Miss Pink Elf who will also be the first DPS to use a bow in the game. She will join the game as a farmable S-rank battlesuit alongside her bow, Whisper of the Past. The Elysian Realm also welcomes three more battlesuits and a new Pristine Elf stigma set. Story-wise, Honkai Impact 3rd is introducing a new story arc in this update with a re-run of the Sanka Saga. 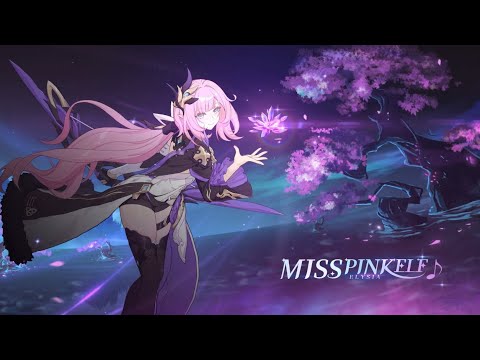 Let’s talk about the biggest part of this update, Elysia. Don’t be fooled by her beauty and grace, she’s the second-in-command of the Flame-Chasers and has always maintained a distance from others, which has led to there being some secrets about her that are yet to be uncovered. She attaches Crystalline Seeds onto enemies, making them vulnerable to attacks from her Cupid Bow. This can fire multiple arrows and detonate the Crystalline Seed, causing AoE damage. Blow a kiss to your unexpecting foes to rain down a barrage of arrows on them while they are entrapped in a Crystalline Dome. They won’t be asking for another kiss.

Meanwhile, the new chapter, XXV-EX, this chapter will mark the beginning of a new saga focused on Schicksal. The Sanka Saga returns with more rewards for players who have not completed it previously. And miHiYo has also made the LITE session permanently available for all players!

Besides Miss Pink Elf, the other three battlesuits joining the Hyperion are Bright Knight: Excelsis, Luna Kindred, and Striker Fulminata. The new bow Whisper of the Past will be released in its PRI-ARM form with the new stigmata. Starchasm Nyx is also finally receiving her first outfit

Check out our favorite RPGs to play on mobile!