Playdigious has announced that both the Fatal Falls DLC and Custom Mode will arrive for their mobile port of Dead Cells on September 21st. The latest DLC will cost $3.99, whilst Custom Mode will be available for free.

The Fatal Falls DLC provides players with a new mid-game route, allowing for a change of scenery from the Slumbering Sanctuary and the Stilt Village. That means new biomes to visit, which include the Fracture Shrines, Undying Shores and the Mausoleum. 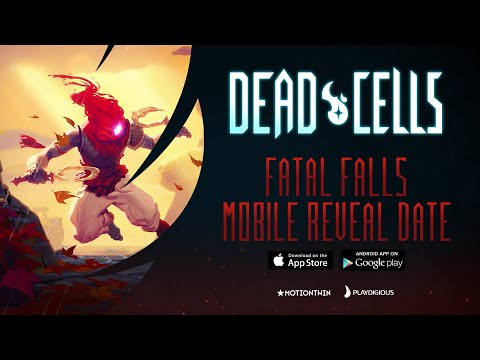 These locales will be inhabited by new enemies, including the Cold Blooded Guardians. Alongside that, players will tussle with the new boss, The Scarecrow. The DLCs also introduces new weapons to use against these foes called Serenade and Snake Fangs.

Meanwhile, Custom Mode will allow players to limit items, mutations and outfits whilst adding different starter items, the ability to adjust timer settings and other details. To access this mode, players simply need to update their game on September 21st before finding the Customisation Rune in the Ramparts.

The new mode won't just allow players to tweak the game's settings; it will also introduce a new biome, eight weapons and items, nine monsters and more. However, it's worth noting that Custom Mode isn't compatible with Auto-Hit Mode.

There is plenty of content for fans of the roguelike to look forward to then. Playdigious has released a fun, animated trailer to announce the launch date, which you can check out in the video above.

Dead Cells is available now over on the App Store and Google Play. It is a premium title that costs $8.99, with additional in-app purchases available for the various pieces of DLC.

Searching for other great roguelikes to play on your phone? Here are 25 of the best available for iPhone and IPad