Behaviour Interactive has announced that two new characters will arrive in their multiplayer horror action game, Dead by Daylight Mobile, on July 26th. The pair initially arrived in the PC version of the game on December 1st 2020, in a chapter called A Binding of Kin.

If you follow the PC version of the game, you'll know that means a new Killer known as The Twins and a Survivor named Élodie Rakoto. In addition to that, new Uncommon Outfits for The Trickster and Yun-Jin Lee from All-Kill, the game’s most recent original chapter, will also be available. 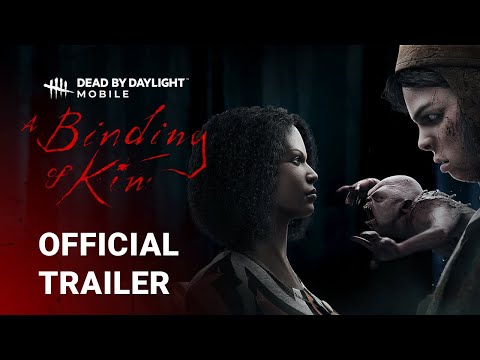 The Twins are a cooperative murdering duo who can hunt as one using the power, Blood Bond. They possess personal perks called Hoarder, Oppression, and Coup de Grâce, which allow them to keep a close watch on Survivors, hamper their progress and stalk them more effectively.

Meanwhile, the survivor Élodie Rakoto is an occult investigator who uses cunning and general stubbornness to avoid getting brutally murdered. Her personal perks include Appraisal, Deception, and Power Struggle. They provide her with the ability to interact with objects in new ways, alongside a method of escaping Killers in a pinch.

The arrival of these characters will coincide with a Bloodhunt+ event. Between July 26th and 29th, you will receive three times the usual amount of Bloodpoints and Character Experience when using these characters. Purchasing them will set you back 500 Auric Cells, whilst the new outfits for the Trickster and Yun-Jin Lee will cost 270 Auric Cells.

Dead by Daylight Mobile is available now over on the App Store and Google Play. It is a free-to-play game with in-app purchases.

Looking for more horror games to play on your phone? Here are 25 of the best available for Android phones and tablets