After a long time, Star Trek: Fleet Command has added new content that is based on Star Trek: The Next Generation. The new update will include brand new missions, features, officers etc.

Star Trek: The Next Generation is a 1987 sci-fi series, where Captain Jean-Luc Picard can be seen leading a new generation of Starfleet officers in the Enterprise NCC 1701-D spacecraft to discover new corners in space.

To celebrate the new content, the Next Generation’s biggest superstars, LeVar Burton (Commander Geordi La Forge), Brent Stiner (Data), and Jonathan Frakes (Commander William Riker) will come up together in the coming month.

The last update for the game was in September of 2020, where the story added some new elements beyond the Kelvin Universe. In the new update, the game will adapt the same content featured in the iconic series of Star Trek: The Next Generation. 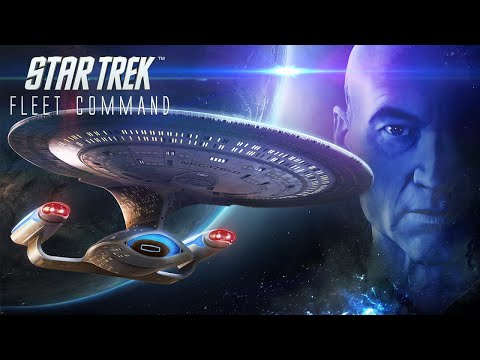 Players can try out the new in-game characters from the core crew of the U.S.S. Enterprise NCC-1701-D. And the Away Teams feature waits for you to try out. Apart from these, there are 40+ new missions to complete in this new addition. Take a look at the new official trailer above.

The new Away Teams feature looks quite interesting as for the first time the game allows the players to send officers on multiple assignments. By assignment, it means, officers are asked to carry out various tasks in different regions of space and claim rewards after their completion.

Star Trek: Fleet Command is available now over on the App Store and Google Play. It's a free-to-play game with in-app purchases.