In celebration of Captain Picard Day, Star Trek Fleet Command is continuing the saga of the Star Trek: The Next Generation story arc as Captain Picard himself makes his in-game debut. During the festivities, there will be new missions, new characters, The Next Generation-themed Ship Projectiles, plus tons of giveaways as a “thank you” to the fans for their loyalty and support. 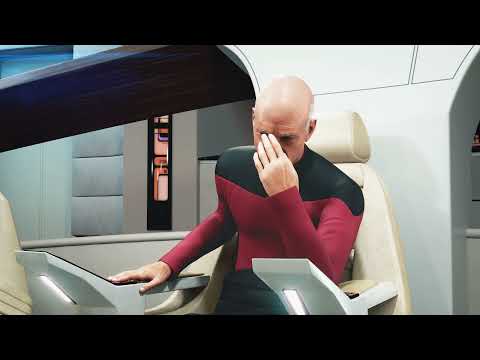 The Picard Week Celebration will feature the classic character from The Next Generation through avatars and frames, which includes Picard Facepalm - a meme as popular as the franchise itself. There will also be ten new Picard-themed missions where Commanders can help the Captain and embark on exciting galactic adventures.

Finally, the live-action “The Next Generation” ad spot will treat fans of the series to a special promo that brings together their favorite actors (LeVar Burton, Jonathan Frakes, and Brent Spiner) reprising their roles as the core crew of the USS Enterprise-D. What better reason to hold a mini-reunion than Captain Picard Day? You can check out the hilarious ad below!

Star Trek Fleet Command is available to download on the Google Play Store and the App Store as a free-to-play game with in-app purchases. You can also join the community of TNG fans over on the game’s official Facebook page to stay updated on all the latest developments.

Looking for something to scratch that sci-fi itch? Check out our list of the top 25 best sci-fi games for Android phones and tablets!