505 Games, in partnership with Curve Digital and No Brakes Games, has updated Human: Fall Flat for mobile devices with two new levels created by fans for the game. The update is available now on iOS and Android devices.

Two new fan-made courses, called Golf and City, have now been added to the puzzle platformer on mobile after they were originally released on console last year. These two maps were the winners in Curve Digital and No Brakes Games’ Human: Fall Flat Worldwide Workshop competition, a contest where players submit their own custom levels for cash prizes.

Golf is created by community member PrinceS, and turns the relaxing sport of golf into an exciting outing as you tee off using golf balls into holes scattered throughout the level. City, on the other hand, is made by community member Gotcha and features a colourful urban dreamscape filled with futuristic sporting challenges. It’s here that you can take part in extreme versions of bowling, archery and basketball. 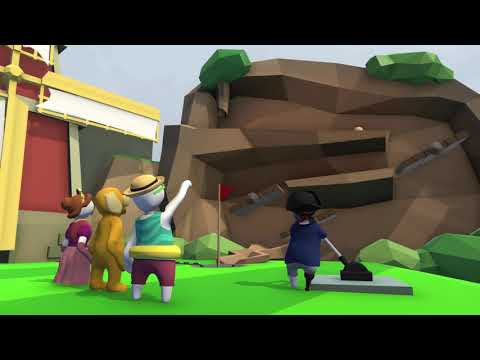 As part of ongoing updates that celebrate the playfulness of Human: Fall Flat, these post-release treats draw on the creativity of the playerbase and offer more imaginative ways to enjoy the game’s lighthearted gameplay either alone or with friends.

If you’re unaware of what it is, Human: Fall Flat is a light-hearted physics puzzler where you control wobbly characters in floating dreamscapes. The game has you multitasking in various ways as you control the basic movement of the characters’ limbs which makes for very creative gameplay scenarios. The game allows you to play alone or with up to three friends.

You can download Human: Fall Flat now from the iOS App Store or the Google Play for Android store, where it’s a paid title costing £4.99.

Quest 4 Fuel, the Mad-Max inspired idle RPG, is out now for mobile