Everyone’s favourite puzzle platformer game Human Fall Flat is set to receive another level. The game’s global publisher 505 Games along with Curve Games and developer No Brakes Games has added a new Laboratory level to the popular physics-based title.

Describing the addition of the new level and future content coming for players, Gary Rowe, VP of Franchise at Curve Games said: “Buler’s level is a favourite for Human Fall Flat fans on PC, so we’re beyond pleased to introduce it to the mobile version today. We plan to continue to grow No Brakes Games’ smash hit with even more awesome free post-release content over the next year.” 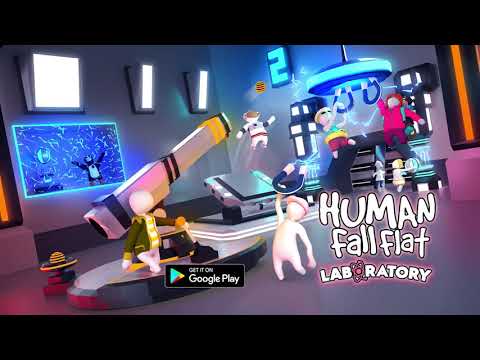 So, put on your lab coats and eye protection sunglasses for it is time to experiment! While an actual lab would have prevented you from doing any of this, Human Fall Flat’s secret laboratory allows you to do everything that could possibly blow your lab up.

Explore the science geek inside you by wobbling around the lab, creating some hilarious and chaotic experiment using magnets and electricity, and then look at the results of the abomination you’ve just created. You and up to three of your friends can independently operate characters and flail their arms around while performing some crazy experiments. Ported from PC to mobile, the 18th level of Human Fall Flat, the Laboratory is guaranteed to add another spark to the already loved physics-based platformer.

Go crazy in the lab by downloading Human Fall Flat for $4.99 on the App Store and Google Play. The game is available in North America, Europe, Oceania and parts of Asia.

Get all science-y by checking out the top physics-based games to play on mobile!
Next Up :
Ninja Must Die is an upcoming combat-focused action runner with stylish ink-based visuals, now open for pre-registration

Human: Fall Flat stumbling its way onto mobile in the future