In partnership with XD Inc, 505 Games, Curve Digital and No Brakes Games released their popular title Human: Fall Flat in China through TapTap and China's iOS App Store a mere six days ago. It's proven quite popular since then and has been purchased over two million times.

That's an incredibly impressive first-week display, particularly given how crowded the Chinese premium mobile games market is at the moment. The game released for ¥12, though this was a launch sale price and it will eventually revert to its original ¥18 tag. 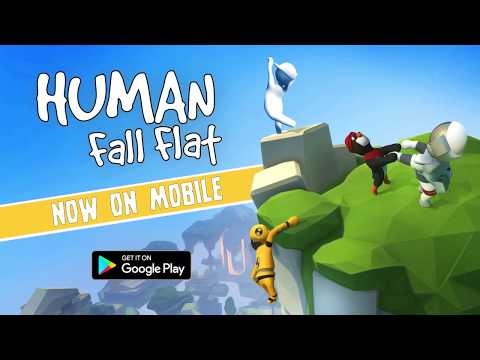 The light-hearted platformer's success in China is fairly unprecedented, though XD Inc did set their internal design team to work to add features and optimise the gameplay experience so that it would appeal more to Chinese players. I'm not entirely sure what they've changed but it seems to have helped elevate the game to the top of the charts for both platforms.

Before the game had even launched it had racked up a staggering 7 million pre-registrations, though evidently that didn't entirely translate into sales. However, they had sold 100,000 units within 30 minutes of Human: Fall Flat going on sale on TapTap.

Human: Fall Flat originally launched on PC back in 2016 before heading to PlayStation 4, Xbox One and Nintendo Switch a year later. If you're unfamiliar with the game, it's a light-hearted platformer where multiple players can work their way through its whacky levels together or they can attempt to tackle them solo.

If you don't happen to live in China, Human: Fall Flat is available now over on the App Store and Google Play. It's a premium title that costs $4.99.

Looking for more multiplayer games to enjoy with your pals? Here are 25 of the very best available for iPhone and iPad
Next Up :
Black Desert Mobile reveals new Drakania class alongside other major updates and announcements

Human: Fall Flat stumbling its way onto mobile in the future