Indie games developer Igor Maliukh has launched The Dead Inside as a free to play game on iOS and Android devices.

The Dead Inside is a new singleplayer 3D action game that brings the replayability of modern battle royales into a solo play space. Maliukh promises that you never have the same two experiences inside the game.

The story goes that five years ago, the planet was bombarded by hundreds of meteorites, bringing a zombie-like disease that has begun spreading near the crash sites. You play as Kate Newman, a former police officer who is trying to survive while also helping others achieve their goals in the fight against the dead.

Check out this gameplay video for The Dead Inside below, which resembles a bit of the old PC zombie MMO, DayZ. 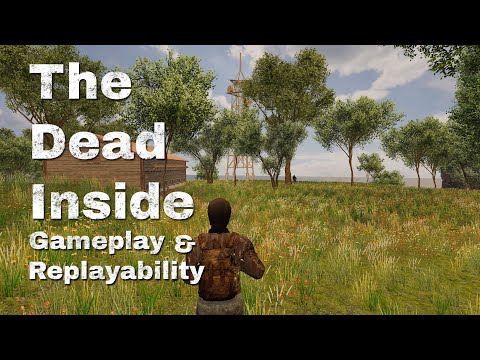 While playing The Dead Inside, you explore the surrounding areas of the crash sites to scavenge weapons, ammunition, and first aid kits that will help you to survive in this dangerous place. Then you fight against the dead menace that will help you and AI teammates to complete their missions.

Even if you die, that isn’t a problem as that’s worked into the story. You repeat the cycle again and again, completing missions and killing enemies until you find your way out to win and finish the story.

If you want to give this game a try, you can download The Dead Inside now from the iOS App Store and the Google Play for Android store. It is a free to play game containing adverts, and requires a device with 2GB of RAM to run.

If you enjoy playing shooter games on your mobile phone, then be sure you check out our list which details some of the best shooters you can play on your iPhone or iPad.