Doodle Jump 2, a sequel to the popular tilt-controlled platformer, is available now for iOS

A blast from the past

Back in November, a classic mobile game received in a sequel with the arrival of Halbrick Studios' Fruit Ninja 2. Now another popular, early smartphone title has had a follow-up after a lengthy absence, Doodle Jump 2, which is available now for iOS but currently not Android.

The original Doodle Jump game launched way back in 2009 and though there have been several spin-offs in the years since it first appeared on mobile, this is the first 'proper' sequel it has received, over a decade later. Whether or not players who remember the original will flock to it for a hit of nostalgia, however, remains to be seen. 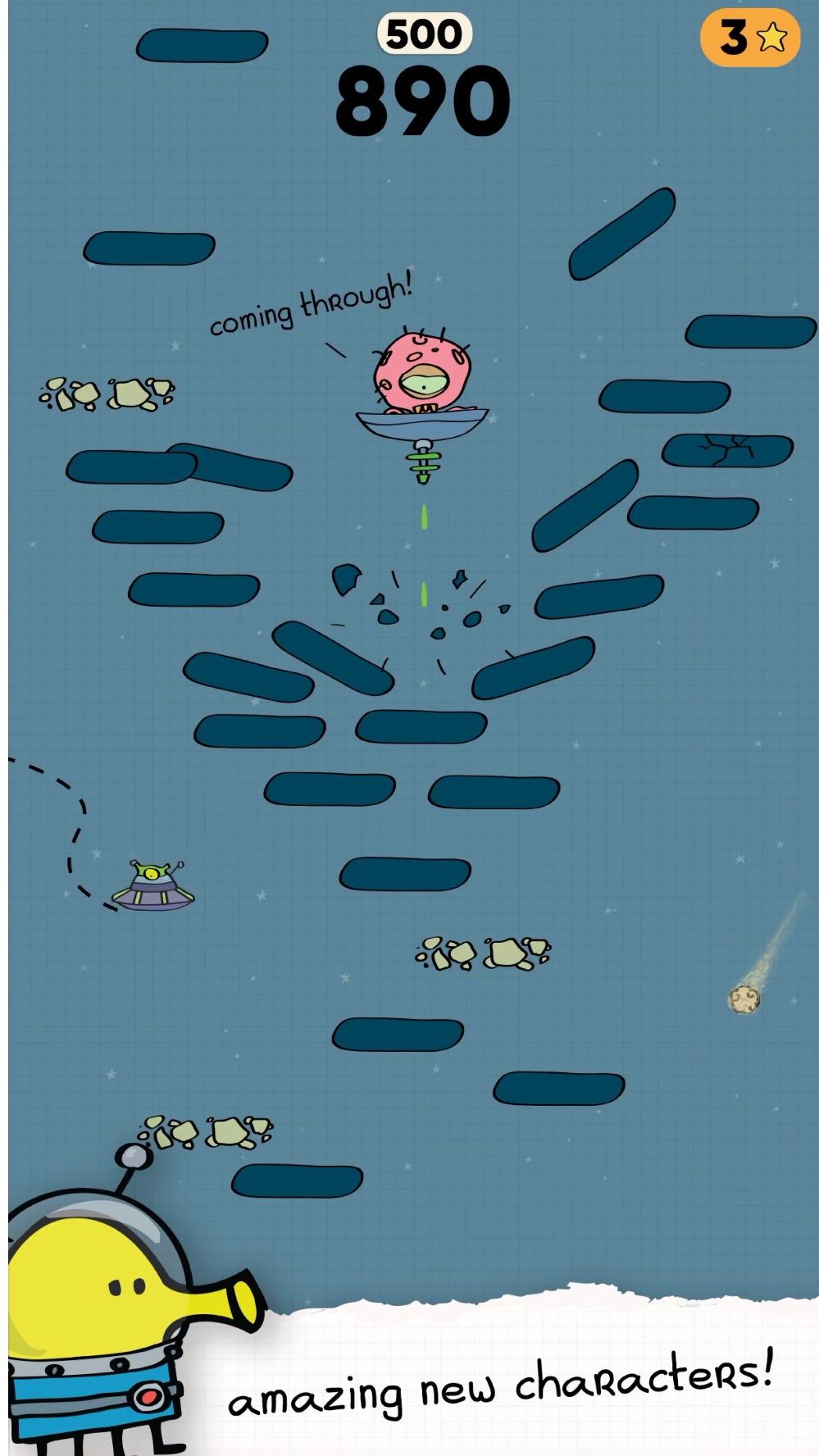 It may have been a long time since the first Doodle Jump appeared on the mobile scene - I was still in high school - but Doodle Jump 2 hasn't veered too far away from the roots that led to its popularity soaring. You'll still be making your way up the various platforms whilst utilising tilt controls to move your characters. Lima Sky has evidently gone with the 'if it ain't broke don't fix it' adage here.

Along the way, you'll be collecting stars that will unlock new characters. Each of them has its own stage where you'll find unique enemies and elements to contend with as you hunt for another high score. It's a good idea, rather than simply getting a different skin you're provided with a slight twist on the game formula by earning new Doodlers.

Doodle Jump 2 is available now over on the App Store and there's currently no word on whether or not it will be heading to Google Play. It is a free-to-play game with a single in-app purchase that removes ads.

Looking for more top-tier platformers you can play on your phone? Here are 25 of the best available for iPhone and iPad

Wizard Legend: Fighting Master is a roguelike shooter where you do battle against mutated desserts