He can switch between offensive and healing modes

Barnie started life as an Atomdrome training bot, forced to face beginner's blows as they began their training. Despite being battered by folk all the time, Barnie has remained curious about the world around him and often sneaks about the base to watch Heroes unleash their abilities. 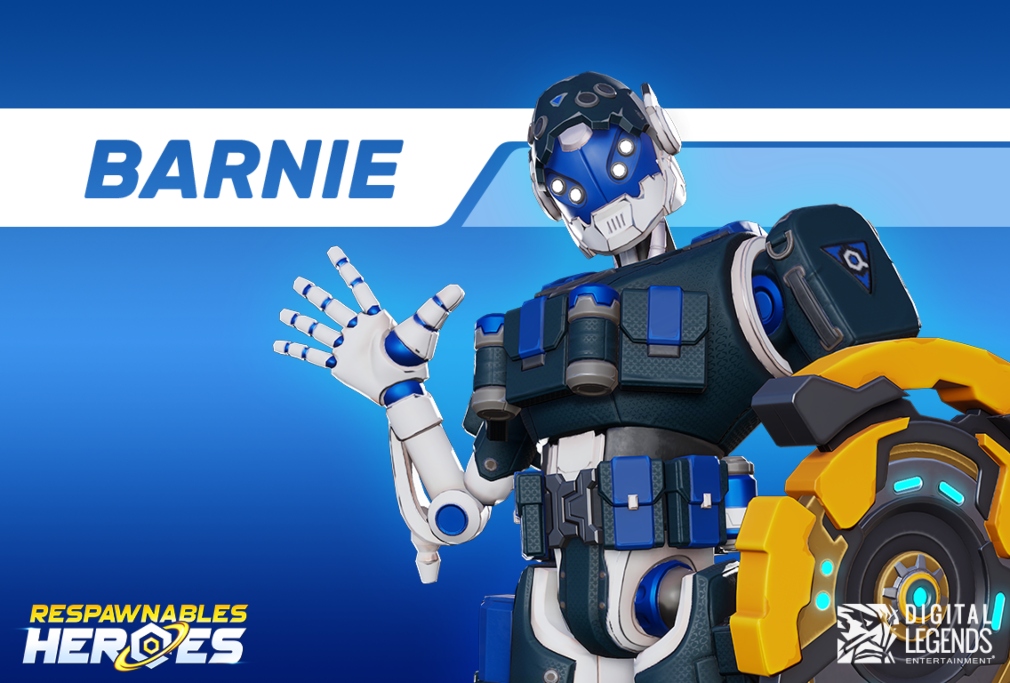 He's deeply concerned about climate change too leading Atomdrom to eventually decide to deploy him onto the battlefield as a tactical support. His artificial intelligence makes him a useful ally though he'll need to earn the trust of his colleagues first before they'll treat him as one of their own.

On the battlefield then, Barnie will bring an array of unique abilities to Respawnables Heroes. He will be able to switch between healing and offensive modes depending on what the current situation requires, meaning good reading of the game will be needed to play him well.

Whilst in healing mode, Barnie will be able to target his allies and replenish their health whenever they're within medium range. Alternatively, he can throw an energy ball that will heal his comrades if they are in the blast radius. When he switches to offensive mode, however, his equipment will damage foes and the energy ball will become a grenade.

If you're unfamiliar with Respawnables Heroes, it's a 4v4 hero shooter with an interesting roster of characters to choose from, each with their own unique set of abilities and roles to play within a team.