There's also plenty of Halloween-themed items up for grabs

The third season of Digital Legends Entertainment's Respawnables Heroes has arrived today giving players another 51 levels to progress through. It will offer a series of rewards that will include a new Hero and a plethora of Halloween-themed items.

The newest Hero to arrive in the roster then is GL1TCH, a brazen, agile and confident young lad. He has a mid-range device strapped to his wrist called the Energy Launcher which is capable of generating plasma using his brain waves. 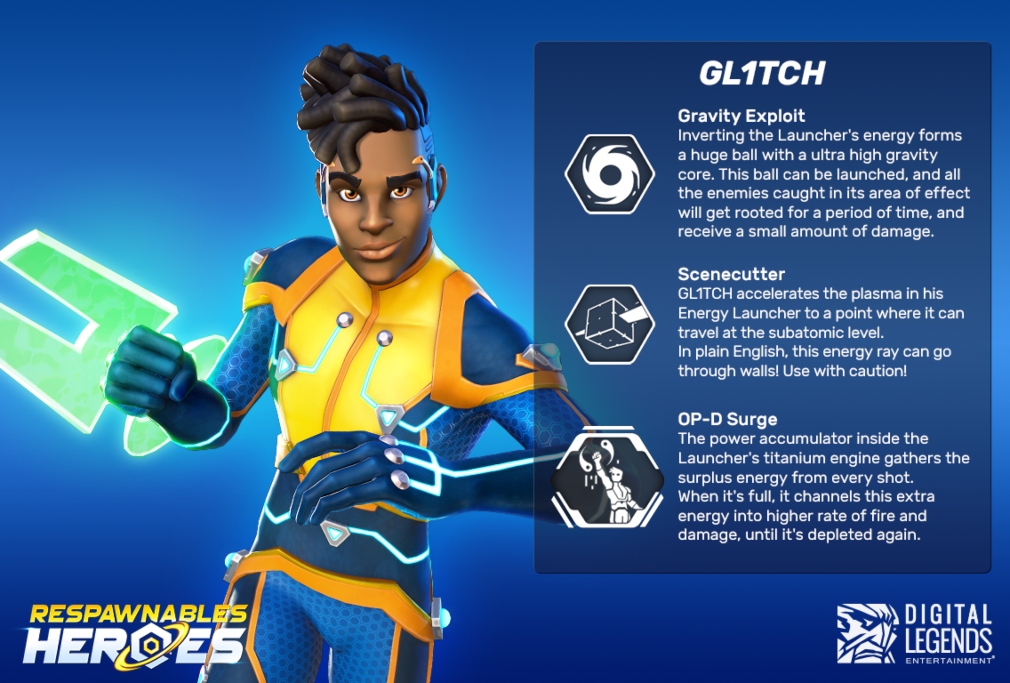 The Launcher's energy can also be inverted to create a huge ball that deals damage in an area. Anyone caught by this attack will be rooted in place, allowing his teammates to then step in and deal large amounts of damage to these stationary targets.

Talking about the arrival of GL1TCH, Adrià Belles, Product Owner for Respawnables Heroes said: “GL1CTH is who the team needs to finish off those enemies that hide around the corners.”

They added: “His ability to attack through the walls will bring new dynamics to the gameplay and unexpectedness during the encounters, as once damaged, most of the opponents wait for its team to come over and help them out, whether with stamina or healing. GL1TCH will be a key member to defy the opponent's strategy.”

As mentioned, there is also a new Battle Pass for players to complete with plenty of rewards on offer. At level 1 this starts with an uncommon skin before offering several Halloween items including a legendary magic-kit for Ayana and a witch-skin for Shannon. There will also be new and exclusive equipment up for grabs such as an uncommon katana for Tetsu, a rare crossbow for Alpha, and epic equipment for Specter.

On the hunt for the very best mobile multiplayer games? Well, here are 25 of our favourites for iPhone & iPad
SEE COMMENTS