He is the game's first Hybrid Hero

The fourth season of Digital Legends Entertainment's Battle Pass in Respawnables Heroes is now underway. This time around It introduces a new Hero, festive-themed items, skins and equipment to the increasingly popular multiplayer shooter.

That new hero is Barnie, who we first met during our second LaunchPad event and will bring the total number of Heroes in the game up to 10. He is the game's first Hybrid character, being able to switch between healing and offensive modes, depending on what his team requires at the time.

Players will be able to obtain Barnie exclusively through the progression system as they level up during the fourth season of the Battle Pass. This will consist of a series of challenging missions with a variety of rewards beyond Barnie on offer.

This will include a variety of new skins of various rarities. A level 1 players will be able to net themselves an uncommon skin for Helena and beyond that new equipment for Specter, a hand-system for Helena, a bow for GL1TCH alongside stacks of crates and currency. Plenty to work on unlocking then. 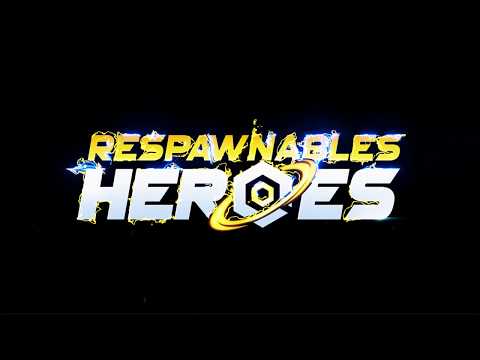 Discussing Barnie, Álvaro Rico, Design Director for Respawnables Heroes said: “His artificial intelligence makes him the perfect Ally. He excels at healing at mid-range and can switch to offensive if the team needs desperate assistance.”

They added: “We believe this Hero will be a huge asset for those players looking for a more challenging character, as he demands a higher mastery of the gameplay and perfect control accuracy."

Looking for more multiplayer games to test your skills against other players? Here are 25 of the best available for iPhone and iPad
Next Up :
Cookie Run: Kingdom, the newest entry into the popular series, reaches 1 million pre-registrations in the first week