Idle aRPG SwordMaster Story has a massive update coming to it in the form of the substantial The Demon Tower, which we are proud to exclusively reveal as part of PocketGamer LaunchPad.

For those unaware of SwordMaster Story, it's the latest game from Super Planet, who is perhaps best known for their relatively recently released title, Evil Hunter Tycoon. Rather than a tycoon game, however, SwordMaster Story has characters collect heroes, forming parties and adventuring through a fantasy world, levelling up your characters as you go. It's a gacha game at its core, but apparently, it handles the gacha element very well.

The Demon Tower update will add new challenges based around players having to fight their way through the titular tower, attempting to save Cain from his captor - the Devil. Along the way, you'll be able to collect Demon Coins, which will give you access to a variety of items which can help you as you try to best the structure.

However, the journey to the Demon Tower is exhausting, and as such characters will only be able to attempt the run once before they become fatigued. A new system - the Spa system - has been added in, which allows you to send characters to the Spa in order to rejuvenate them for another attempt. You'll need to use this in order to reach the higher levels of the tower, however, you can't rely on it too much as you can only use it once per day.

When used, however, it rejuvenates all characters. So the best way to take advantage of it is to use it once you've made multiple runs at the tower, as you'll be able to take those parties back in once they're rejuvenated. 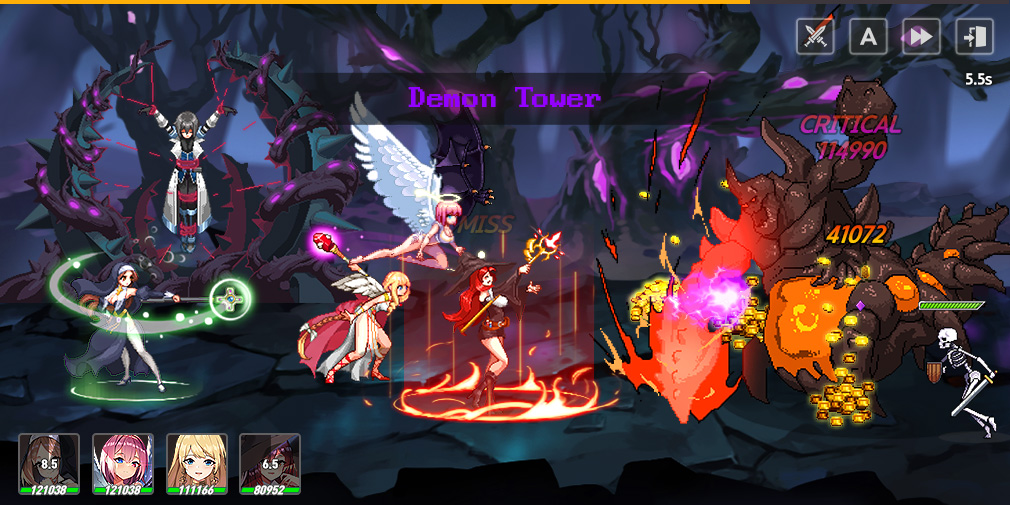 In addition to the Spa and the Demon Tower, some more adventurers will also be added to the game, including among them Cayron, a powerful, water-attribute archer, who could well factor into your grand plan to save Cain.