With more graphic options expected to arrive in future

First announced back in April, Pixonic Games have now released War Robots Remastered for iOS and Android. As the name implies, it's a visual upgrade of their popular game that introduces visual and performance upgrades to the 6v6 robot shooter.

In terms of numbers, that means that 85 robots, 100 weapons and 4 maps have all been given a makeover. Additionally, Pixonic has also added new, more realistic lighting to the game that they say will create more detailed environmental shadows and reflections.

Alongside the graphics of the game itself, the UI has also been made to look more visually appealing. However, this is mostly an aesthetic facelift, players won't have to re-learn how to play the game as the mechanics themselves are mostly unchanged from the original version.

The developers are keen to give players several options with regards to how the game looks on their devices. Currently, there will be Minimal and Performance settings available but they're also looking to introduce High, Balanced and Ultra options in 2021. Similarly, Pixonic also plans to introduce selective downloads at a later stage that will allow players to install high-resolution textures and models separately to save storage space.

You can check out the release trailer for War Robots Remastered above. The video shows plenty of comparisons between the original and remastered versions of the game so you can check out how much of an upgrade it is. 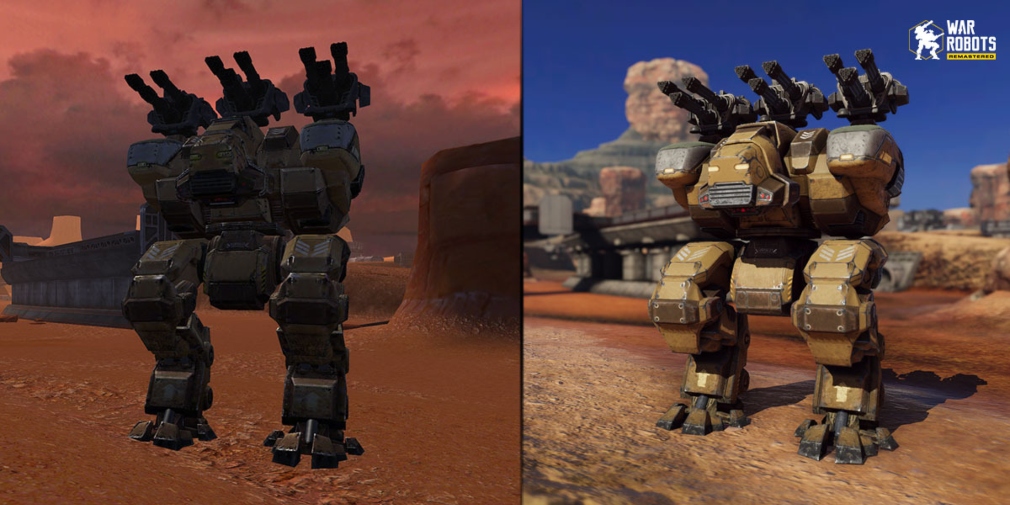 If you're unfamiliar with War Robots, it's a six versus six shooter where players battle against one another using powerful robots. There are a plethora of different weapons and robots to choose from to suit whichever playstyle players prefer to use.

War Robots Remastered is available now over on the App Store and Google Play. It's a free-to-play game with in-app purchases.

Enjoy testing your skills against real humans? Here are 25 of the best multiplayer games available for Android
SEE COMMENTS