It will be available Tuesdays, Thursdays and Saturdays

Nexon's cross-platform MMORPG V4 has recently been updated to introduces a host of new updates to the increasingly popular title. The headline addition is Halidom Rush, a brand new PvP game mode that arrives alongside a few smaller changes to classes, regions and Region bosses.

Every Tuesday, Thursday and Saturday between 8:00 pm to 8:59 pm PT players will be able to join Halidom Rush when a dimensional rift opens up. There will be five different Halidoms available, one for each of the game's servers, and they will be found at the Lunatra field Ruinous Volcano.

It's a fairly typical capture the flag style game mode where players will collect the Halidom and bring it to a specific location on the map that will be marked with a flag. Players will receive a buff that will help with this, however, they won't be able to use mounts of fast travel to camps. Emerging victorious will net players the Hero's Benediction buff. This will increase the loot and experience they earn alongside granting them additional boss damage. 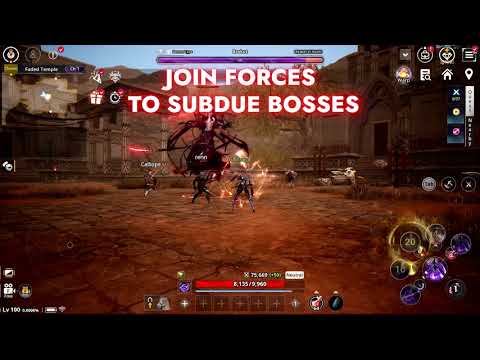 Elsewhere, the Madding Forest, Curse Plains and Anguished Forest regions have been merged whilst the Arrogant Plains have been added. Additionally, there are now new class skills and passives alongside improvements to the existing batch.

Players will also find new gear slots for vessels and medals. And finally, Region boss combat has been adjusted with increased HP for some bosses along with a reduced minimum contribution requirement for the boss participation award.

V4 is available now over on the App Store and Google Play. It's a free-to-play game with in-app purchases.

Looking for a new RPG you can play on your phone? Here are 25 of the best available for iPhone and iPad