Nexon’s latest update for V4, its free-to-play fantasy MMORPG, introduces a brand new Reaper Class that lets players experience thrilling action-packed combat with lightning fast moves. As the first new class since the game launched, the Reaper class is the fastest character yet, and will no doubt add a burst of vitality to every player’s gameplay.

V4 is a cross-platform title powered by Unreal Engine 4. Apart from the hero customization features, the game also boasts breathtaking visuals as players fight the good fight against the forces of evil in the world. In the game’s largest content update of the year, the scythe-wielding Reaper class will offer a fresh way for players to enjoy their battles via the Reaper’s increased physical attacks.

The new class also features short skill activation times, letting her unleash devastating damage on foes in the blink of an eye. Already hailed as the most powerful class in all Syllunas, the Reaper possesses eleven skills that can tip the scales in your favour on the battlefield. 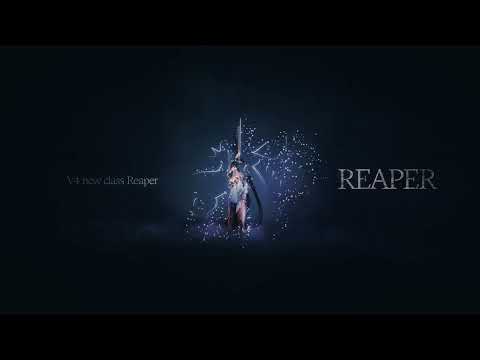 To give her a warm welcome, V4 is offering players cool bonuses through limited-time reward events, which includes a Check-In Event that lets players earn gear for the Reaper class simply by taking part in the 30-day check-in event. There will also be a Level-Up Event that rewards players when they increase their character development.

If you’re eager to give the new Repaer class a try, you can download V4 on the iOS App Store or on the Google Play Store for Android devices. It’s a free-to-play game with in-app purchases. You can also check out the official website to stay updated on all the latest developments.

Eager for more multiplayer titles? Why not take a look at our list of the top 28 best mobile multiplayer games for Android phones and tablets?

Next Up :
Townscaper is a relaxing city building game coming to iOS and Android in October