Haegin's baseball game Homerun Clash is currently celebrating its second anniversary. Since launch over 6 million players have scored 10 billion home runs in the game. Based on that, it's fair to say that the game is pretty popular. To celebrate these landmarks a Story Mode has been introduced, a new Batter has been added and the Home Run Passes System has seen a change.

The update – version 2.15.0 – will introduce a Story Mode then that will provide five of the game's batters with backstories. Those characters include Dave Lawson, Scarlet, Gawain, Mr. Blut, and Zoe Star. More stories are expected to be added in future.

In the meantime, those that are currently available will consist of three stages with the same number of missions to clear in each. There will be a host of progression rewards available too to entice players to tackle these newly added story chapters. 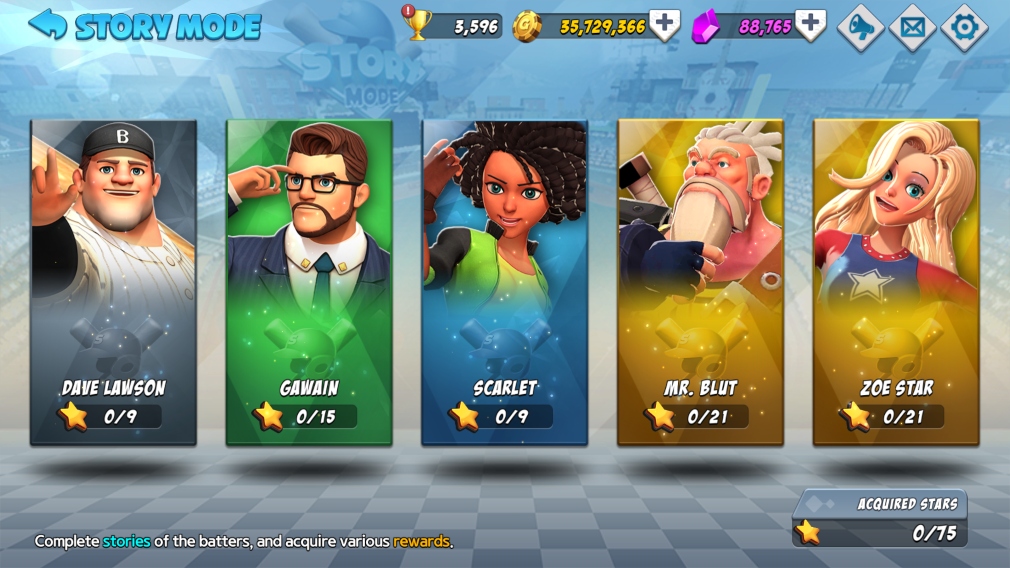 Also joining the game in the latest update will be a new batter. His name is Percival and is also known as the Icelandic Powerlifter. So as you might imagine, he's a giant of a man. Unsurprisingly then, he'll have powerful batting skills that will make knocking balls out of the park pretty straightforward.

Finally, a change to the Home Run Passes System has been made. A new 'Premium Home Run Pass' will be added and promises more value. There will also be new package deals on offer including 2nd Anniversary Packs that promises players a 'great opportunity to strengthen their roster.'

Homerun Clash is available now over on the App Store and Google Play. It's a free-to-play game with in-app purchases.

Looking for other sports titles to play on the go? Here are 25 of the best available for iPhone and iPad
SEE COMMENTS