HAEGIN’s Homerun Clash is turning three and is introducing a major content update as a gift for all players. It has been a fan-favourite arcade-style baseball derby game on iOS and Android for a good three years now.

A new equipment system called Artifact has been added Artifacts, put simply, are cards with base skills that will increase score points and provide random add-on stats when used. Levelling up these special cards requires Artifact EXP, which is only available by disassembling any unused Artifact cards. So don’t forget to recycle the doubles! This additional new setting should provide players with some more interesting ways to go about the game.

The third-anniversary update also sees the addition of a new all-star batter, Wild Billy, to Homerun Clash. This legendary gunslinger with unbeatable eye-hand coordination will not miss anything that comes his way. Wild Billy sees a breaking ball zooming towards him as nothing but another slow-moving target.

The global slugger is bound to hit huge home runs when he’s up. Another new feature for batters is the ability to undergo 2nd promotions. This update will let legendary batters, beginning with Annie McLane, gain a new promotion. 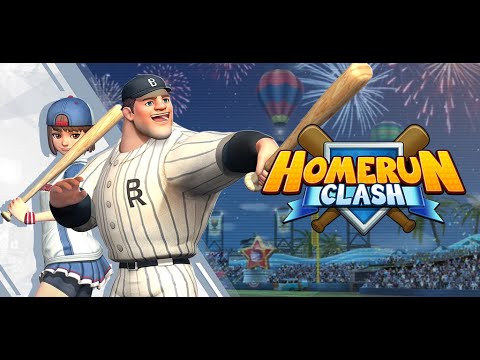 Two other systems being introduced in the game are called Title and Collection. Titles are like achievements that can be won by meeting set conditions in assigned tasks. Collections are essentially the player’s stats and all tournament records will be maintained here. The final addition to this update is one that balances out Clash Conquest mode, increasing the ranking rewards and stabilizing the adjustments.

Celebrate three years of the PvP derby game Homerun Clash by downloading it on the App Store and Google Play. The game is free-to-play with in-app purchases.

Enjoy playing against others? Then check out the top multiplayer games to play on mobile!
Next Up :
Cookie Run: Kingdom's latest update adds the English-language dub, two cookies and a PvP event