It’s been more than 20 years since the original Postal launched on PC amid a firestorm of controversy, and after inspiring several sequels, a raft of spinoffs and a Uwe Boll movie, the infamous twin-stick shooter is gearing up for its console debut on Nintendo Switch.

MD Games is launching Postal Redux, the special edition version of the PC original, on the console, and it will be available next month.

Postal Redux is touted as more than just a remaster of the first game in the series. The sound, visuals and controls have been updated, but new content has been added to the game, too, including extra levels and the endurance-based Rampage Mode.

Rampage is a no-holds-barred solo mode that rewards players for being super-aggressive and challenges them to set record killing streaks. Players are given a score and a grade at the end of each level and are encouraged to replay the missions to beat their records. 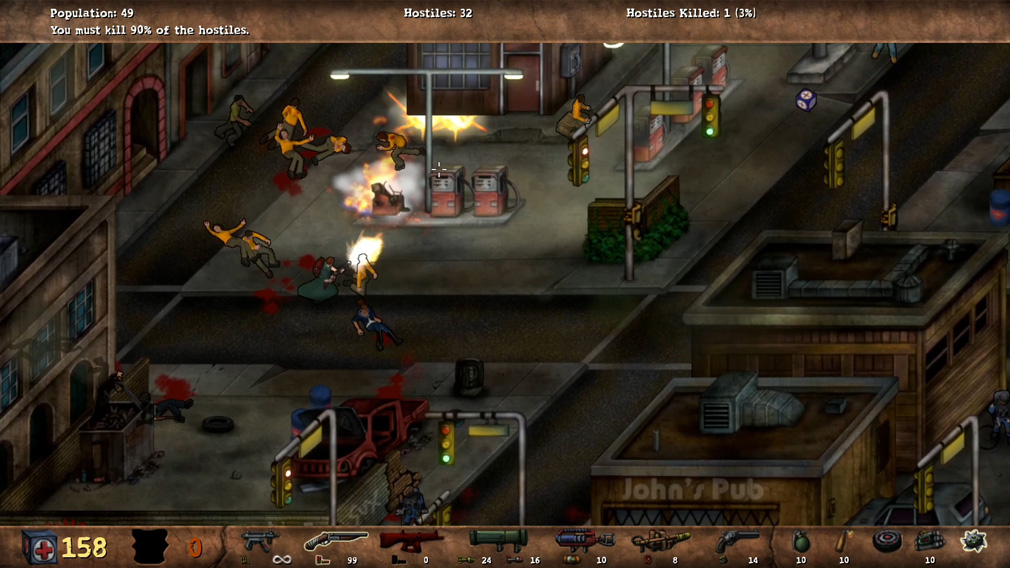 “Over 20 years ago, we had no clue the impact Postal would have had on society and gaming history.” said Vince Desi, founder of Running With Scissors. “Postal coming out on Switch is our dream come true. On behalf of everyone at RWS we give thanks to our fans for the many years of support. We’re just getting started.”

Ported to the Switch by Polish Studio MD Games, Postal Redux will be available through the Nintendo eShop on October 16th.