There will be a new spawn island called The Arena

Garena Free Fire is due to be patched on 23rd September with an update called BOOYAH Day. This will introduce a batch of content including Clash Squad Ranked Season 3, a weapon, a new spawn island and several other improvements.

Clash Squad Ranked Season 3 will commence alongside the update then and will offer players a Golden FAMAS. They'll be able to net this fancy version of the assault rifle if they manage to reach Gold III or higher during the season.

Alongside shiny versions of existing weapons, the PARAFAL will also make its debut soon. This is an AR battle rifle that boasts high stopping power and incredible range. It does, however, have a fairly slow rate of fire so you'll want to ensure to make each shot counts.

There are also a couple of gameplay changes arriving in the popular battle royale title too. For instance, grenades can now be cooked to allow a little more strategy when timing your throws. There will also be the option to Scan the area to locate nearby vehicles.

Other changes have been added at the request of players. It will now be easy to hang out with your pals in The Training Grounds thanks to optimised spawn points. That means you'll be able to play together in the new Target Arcade minigame, attack each other with the newly added flamethrower or chill in the private movie theatre. 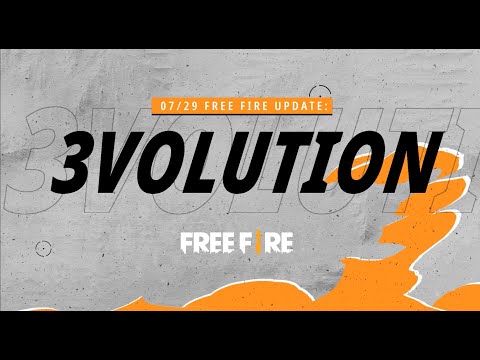 Elsewhere, the new spawn island called The Arena will be added with BOOYAH Day update. This was designed for the Free Fire Continental Series 2020 and may appeal to those with an interest in the competitive side of the game.