Coming to console and mobile

Samurai Jack: Battle Through Time is set to launch later this week, and we've got some exclusive footage of Aku himself (otherwise known as actor Greg Baldwin) playing the awesome-looking actioner.

Based on Genndy Tartakovsky's beloved Cartoon Network series – and the subsequent Adult Swim resurrection – Samurai Jack: Battle Through Time appears to be a dream come true for long-time fans.

It brings the show's stylish battles and gorgeous art into a fully 3D world packed full of enemies to take down and sweet loot to acquire. The gameplay footage above showcases some of Jack's powerful arsenal, including a giant hammer and his iconic katana. The combat system looks pretty slick, and it's also great to see fan-favourite characters like the Scotsman make an appearance.

Obviously, it's made all the better by Greg Baldwin's presence and performance as Aku. He's clearly having a great time playing the legendary villain, and his responses to the game feel very much in line with the character. Be sure to give the video a watch.

In terms of the mobile version, developer Novarama has seemingly done a wonderful job of making its controls intuitive and enjoyable on touchscreen devices. This clearly isn't a straightforward game, and the number of on-screen buttons proves that, but I'm still hopeful that it will excel when played while on the go. 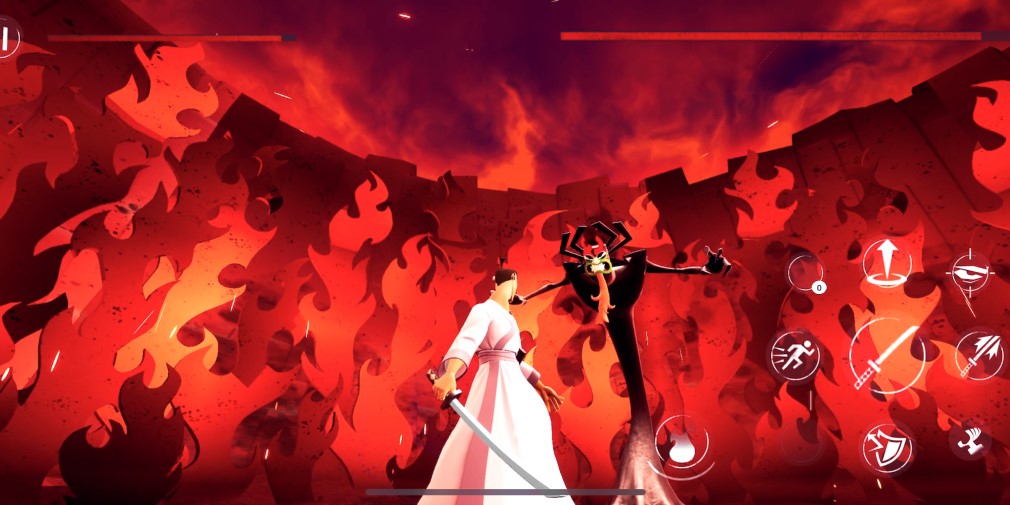 If all goes well with Battle Through Time, I'd love to see a video game adaptation of Tartakovsky and Adult Swim's Primal. For now, though, I'm just chuffed to see that Samurai Jack is getting the love it so deserves.

If you're hyped to give it a go, know that Samurai Jack: Battle Through Time will launch this Friday for PS4, Xbox One, and Nintendo Switch, with an iOS version also in the works for Apple Arcade. It definitely doesn't seem like one to miss if you're a fan of the show.

On the hunt for some top-tier action games for mobile? Here are 25 of our favourites on iPhone & iPad