Weighs in at a whopping 3.4 GB

Adult Swim's Samurai Jack: Battle Through Time has finally landed on the App Store as an Apple Arcade release. It's currently rolling out through the regions, with the iOS version weighing in at a whopping 3.4 GB.

Based on Genndy Tartakovsky's beloved animated series, Battle Through Time sees you attempting to end Aku's reign of terror by hacking and slashing your way through hordes of enemies in an adventure through time and space. 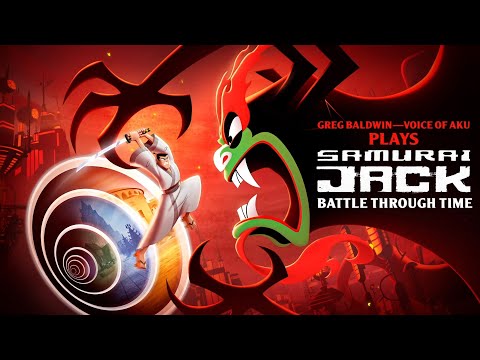 The game aims to bring the series' stunning visuals and fast-paced action into a fully 3D world. Throughout your quest, you can expect to bump into a host of well-known characters from the show, including The Scotsman, Scaramouche, and Sir Rothchild.

There are over a dozen weapons in total to master, and you'll be able to gradually boost your power and unlock additional skills as you continue to progress. The combat itself looks like good fun, though given how many on-screen buttons are required, I'm slightly concerned about how it'll work when using touchscreen controls. That said, it does offer full controller support at launch.

We previously shared a fun video of Aku actor Greg Baldwin playing Battle Through Time (mostly) in character. Be sure to give it a watch if you haven't already.

And if, like me, you've been looking forward to giving this one a go, you'll find it available for download now from over on the App Store. With it being an Apple Arcade game, you'll be needing an active subscription to play. One of those will set you back $4.99 a month or $49.99 a year. Switch owners can soon grab it from the Nintendo eShop, and it's also set to launch today for PS4, Xbox One, and PC.

On the hunt for the very best action games on mobile? Well, here are 25 of our favourites for iPhone & iPad
Next Up :
Pocket Gamer is now on TikTok! Follow us there for more news and gaming recommendations