Also coming to PS5 and PC

During Sony's State of Play stream earlier today, we got a new gameplay trailer for Annapurna Interactive and Giant Squid's The Pathless. This one's been a long time coming, with us first having covered it all the way back in April of last year.

You might also remember seeing it used in promo materials when Apple Arcade first rolled around. Then, last September, it was delayed into early 2020. Well, we finally have a seemingly final target release window – holiday 2020.

Developer Giant Squid is of course the creator of popular adventure game ABZU. The Pathless seems to have a similar love for nature, though instead of being set deep below the ocean, it sees you rapidly traversing a mystical island with your pet eagle in tow.

Together, you'll soar through the air at incredible speeds by shooting arrows at strange targets dotted throughout your surroundings. It's a really neat way of getting around, and I was glad to hear that hitting the targets demands smart timing as opposed to pinpoint accuracy with your bow and arrow. It looks like great fun. 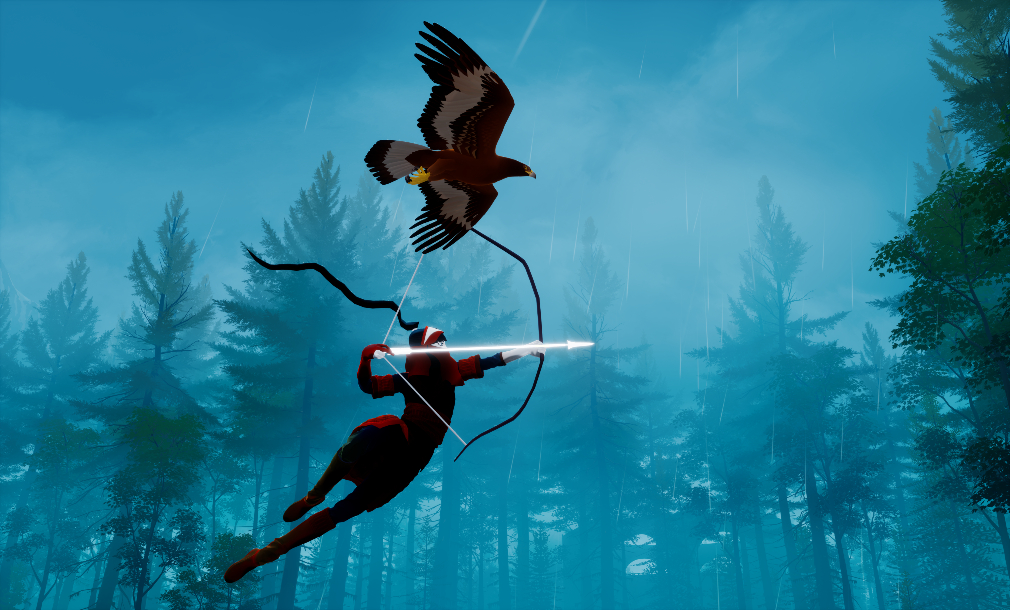 What isn't so great is the fact that this once-idyllic island has been cursed. Naturally, the task of undoing this nastiness falls to you, though some corrupted spirits will routinely get in your way as you continue to go about solving puzzles and exploring the island's many ancient ruins. When it comes time to face off with the spirits, you can expect to be thrust into large-scale boss battles. I'd strongly advise that you check out the gameplay footage above to see all of this in action.

The Pathless remains one of my most-wanted Apple Arcade games, so it's great to hear that its release isn't too far off. The game's also heading to PS5 and PC via the Epic Game Store.

Searching for the best action games around? Here are 25 of our favourites for iPhone & iPad

Want more? Check out our growing collection of The Pathless news stories!