The Pathless is a game that's almost synonymous with Apple Arcade at this point. It featured heavily in the advertising for the game prior to the service's launch to the point that you'd be forgiven for thinking it was out already. Well, it is now.

It's a mythical adventure game that comes from developer Giant Squid and has been published by Annapurna Interactive. Aside from Apple Arcade, it will also release on PS4, PS5 – when that arrives – and PC through the Epic Game Store. 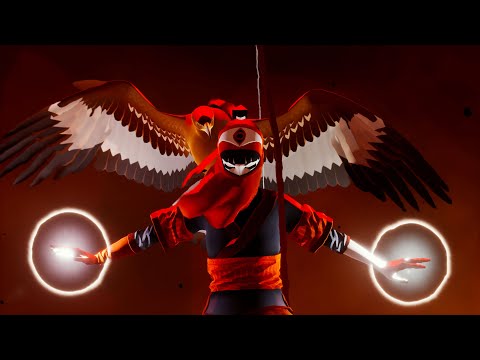 You may be familiar with Giant Squid if you've played their previous game Abzu. The Pathless sees players taking on the role of The Hunter who has to travel to a mystical island to rid the world of a curse that threatens everyone.

Along the way, they'll have to forge a connection with an eagle who will assist them in hunting corrupted spirits. Their journey will take them through misty forests and ancient ruins as they hunt for secrets, solve puzzles and take part in battles.

They added: “The Hunter and Eagle's swift, fluid movements carry them seamlessly through the vast, forested landscape as players set out to banish an ancient curse of darkness. We can't wait for players to immerse themselves in the mythology of this mysterious world we have made and unravel its secrets."

The Pathless is available now over on Apple Arcade, a subscription service that costs $4.99 per month. For more information on other games that are available in its extensive library, check out our dedicated hub page.

Searching for the best action games around? Here are 25 of our favourites for iPhone & iPad
Next Up :
Emblem Heroes is a strategic JRPG with card-battling elements available to play via Facebook Instant Gaming