Global Spy is a charming indie game where you'll travel the world and track down elusive spies. That's a pretty neat concept, and it's one that developer Yuyosoft Innovations brings to life with charm and style.

You'll start out with a mission briefing that gives you the lowdown or who you're tracking and where to begin your investigation. These guys have a tendency to wander from city to city, or even country to country, so you'll base your hunt on recent sightings and other handy info.

This means that you'll often be required to work out the shortest route to wherever they're hiding out. There will be times where you're halfway across the world from your target, and if you take too long reaching them, chances are that they'll have already moved on to somewhere else.

Those with a sound knowledge of world geography should excel here, though Global Spy is still welcoming to all players. Thankfully, there's a handy in-game map that should help you to plan the optimal route and catch yourself a spy. 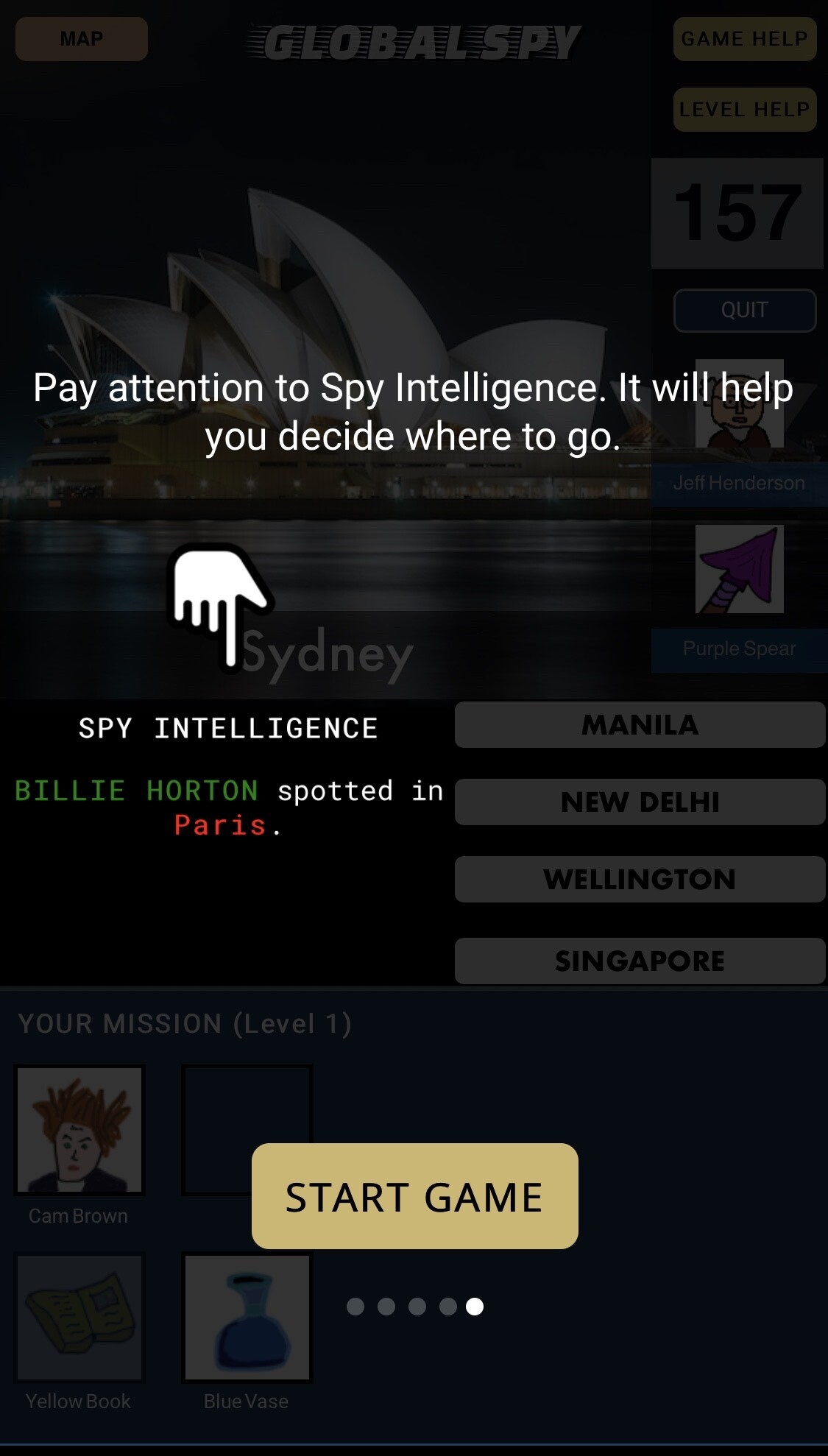 Even when you're hot on their tail, they can suddenly escape capture and seek refuge in a neighbouring city. But rather than being frustrating, this adds to the fun cat-and-mouse action.

Global Spy is a free-to-start game, meaning you can play the first three levels without charge. A one-time purchase can then be made to unlock new spies, challenges, and 27 levels.

You can find it to download right now from the App Store and Google Play.