Enjoy the festival, Redd's Raffle, and much more with this ACNH guide

Animal Crossing: New Horizons has had yet another big update, and this one has so many small touches that you definitely won't want to miss it. Luckily, you've got every Sunday in August to enjoy the latest update, and of course, you can always get cheeky and time travel if it so entices you…

That's right, one of the biggest new additions to Animal Crossing: New Horizons is the Fireworks Festival, which will take place throughout August, and it's one you won't want to miss. 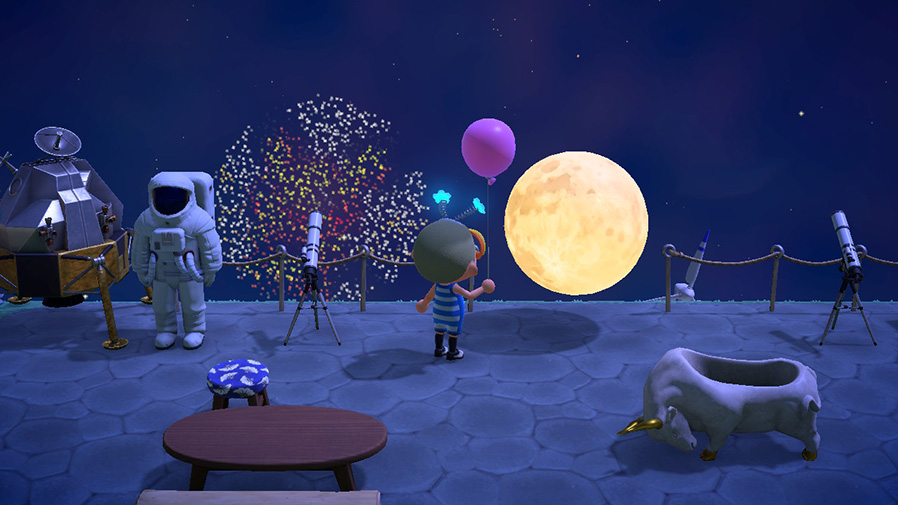 Isabelle will have exclusive gifts, you'll be able to design custom fireworks, Crazy Redd will be settling in for a less-than-crazy raffle, and even more.

The Fireworks Festival is definitely best enjoyed with friends, but you won't want to miss this for anything, so log in, time travel if you must, and enjoy this special Animal Crossing: New Horizons event…

When to celebrate the fireworks festival

So this is a fairly simple one, it's every Sunday in August after 7pm. Though you will be able to set some things up before the big event.

If you head to the community centre, you'll likely find your villagers socialising, preparing, and even Isabelle and Redd will be outside, preparing to enjoy the event.

Redd won't offer you much before 7pm, but if you talk to Isabelle, she will allow you to get creative with your fireworks…

Isabelle will essentially allow you to choose 8 designs to be used as custom fireworks, and they'll even flash up in the sky in a special order. Just pick your favourite 8 and the order, and they'll flash in the sky after a while once it's past 7pm.

It's best practice to design a simple shape on a transparent background, as this will show up best in the sky. Full-colour block designs will often be rounded off, and be more difficult to identify as a result. Unfortunate, but you might want to design custom designs purely for fireworks.

Now, the ordered thing is interesting, and makes me think Nintendo have plans for "viral" content. Imagine a video of someone proposing to their spouse via Animal Crossing fireworks. It's a perfect storm, and now we count down to the day my prediction becomes reality.

Crazy Redd has set up shop near the community centre and Tom Nook hasn't cast him out - shocker! But it's probably because he's not robbing us the way he usually is.

Instead, Redd is manning a raffle stall, and every single raffle ticket results in a prize - at least we're guaranteed something. For only 500 bells each, you don't lose out on much, and there are many prizes to be found.

A majority won't interest you too much, but you can get some exclusive items here that you may not have seen in the rest of the game - just don't waste too many bells trying to get them all…

There are several unique items to collect and use during the Fireworks Festival, and Crazy Redd's Raffle is only one of the ways to collect these items. Isabelle will be giving you another item, a unique star bopper headgear. Which is incredibly cute, no doubt.

But more interesting are the balloons, sparklers, and other fireworks. These can be collecting from Redd or your villagers, and you can hold balloons and sparklers - which, again, is very cute. Don't run with a balloon though, or you may fall…

Fireworks are also here, and not just in the sky. You can find smaller fireworks, like fountains, and you can place them on the ground and light them. They don't really "do" anything else, and they're not actually a furniture item, so this is a unique first in Animal Crossing. Do remember to throw away your used fireworks, though.