Krystopia: Nova's Journey does a lot of things right. It features a wonderful, cartoonish art style that will immediately draw you into its world. The soundtrack is evocative, mysterious, and never overstays its welcome. Many of the game's puzzles are brilliantly crafted, leading to genuine "A-ha!" moments that aren't often seen in other point and click adventures. Yet, despite all this, I found myself frustrated and confused during much of my playthrough.

The game is short, clocking in between three and five hours, and gets off to a strong enough start. Players are greeted with a wonderfully drawn cutscene, then unceremoniously dropped into a tiny cave system. You'll get a couple prompts to help you along, but after the first few minutes you'll never see a tutorial screen again.

Although the game doesn't hold your hand, anyone who has played the first Krystopia will feel right at home in Nova's Journey. In fact, anyone who's played a point and click adventure in the past five years will be comfortable navigating this gloomy world. Simply click on something in the environment and Nova will wander over to investigate. If you can interact with the object of interest, the game will zoom in to give you a better view of the action.

Therein lie the first two problems with Krystopia: Nova's Journey. Nova isn't the most fleet of foot, and while she moves across the small maps with ease, later stages are a bit too expansive for her abilities. The game's difficult puzzles will often have you second-guessing yourself, leading to a lot of backtracking and double-checking. Unfortunately, when you're trekking across the same level for the third time in five minutes, Nova's leisurely pace becomes a bit of an annoyance. The point and click mechanic is fairly inaccurate too, and you'll frequently end up talking with characters who happen to get in the way of your finger. 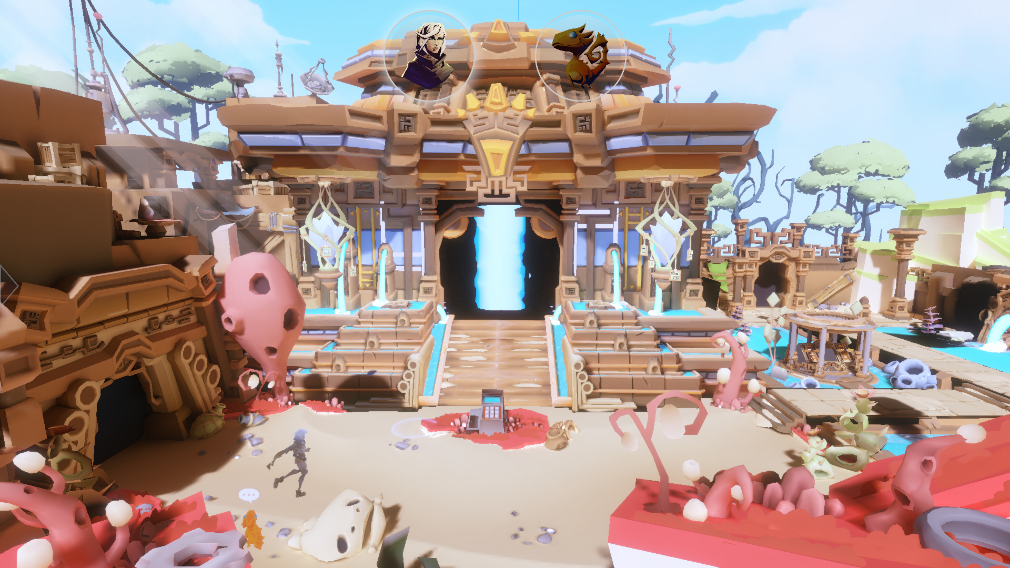 The sweeping landscapes of later stages pose the second problem, as it's often difficult to see many points of interest on such a small screen. Even on a gigantic 6.4-inch device I often found myself wishing there was some sort of manual zoom functionality to help scour the surroundings. Instead, the game only zooms in when you are near a point of interest. Make no mistake, these are among some of the best visuals in the genre, but some environments are a bit less playable than they should be.

As for the puzzles, they're usually well-thought-out and highly rewarding. Nova's Journey does a great job of keeping things interesting by introducing new types of challenges and layering on the complexity throughout its three chapters. Most of the puzzles are actually built directly into the environment and solving them will alter the layout of the map. There are a few boring instances of hide-and-seek puzzles, but these tend to be pretty easy to solve and actually serve as a nice way to break up the mind-bending shenanigans.

As is the case with all adventure games, Nova's Journey isn't without its fair share of infuriating solutions. That's not to say they are unfair, but you'll have to think out of the box and learn to think in ways you may not be used to. I'd often be stuck on a puzzle for fifteen minutes, walk away, come back with a fresh mind, and immediately solve the puzzle. This leads to long periods of irritation before finally being rewarded.

It's a brutal gameplay loop, but one that had me sucked in until the very end - despite all my frustration. Each puzzle you solve brings you one step closer to figuring out the mystery laid out in the narrative, something that actually held my interest until the very end. You're tasked with helping an alien species track down and destroy a monster that forced them to live underground. Towards the end of the game you'll have a few difficult choices to make, and you'll realize that not all is as it seems in the world of Krystopia.

Between all the intrigue and puzzles are fantastic one-liners and hilarious collectibles. The game doesn't take itself too seriously, despite the complex tale it's trying to tell. For example, upon examining an alien bathroom, Nova discovers a roll of toilet paper before making a snarky comment on the similarities between alien and human bowel movements. It's this odd humor sporadically mixed into the world that keeps things entertaining, giving players plenty to search for in subsequent playthroughs.

All told, Nova's Journey is certainly a game worth checking out. It's not without its flaws, but for those of you who are patient you'll find a lot to love with this challenging title. Fans of the original will get plenty of their old questions answered, too. We wouldn't be surprised to see a third installment in the near future, as Nova's Journey ends with a pretty big cliffhanger. Be patient, grab a magnifying glass, and enjoy the latest installment in Nova's adventure.

Interested in puzzle games? Here's our favourite ones which are available on iPhone and iPad right now.