SINoALICE has now been out for around 2 weeks, and in that time, it's amassed over 1 million players. Now, Square Enix and developer Pokelabo have launched the game's first-ever crossover event – SINoALICE x NieR: Automata.

It only makes sense that this would be SINoALICE's maiden crossover, what with Yoko Taro, the creator of NieR, being the game's Creative Director and all. He's written an original story specifically for the event, fit with new VO work from Yui Ishikawa (2B) and Kaori Kawabuchi (Simone).

You'll be tasked with recruiting fan-favourite NieR characters and defeating Automata's amusement park boss, Beauvoir. Weapons from the NieR series will also appear in-game, and this is only the first of two planned crossovers, with a NieR: RepliCant event set to kick off on August 6th. 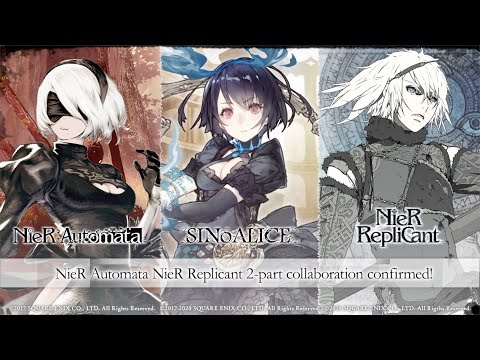 Logging into the game during the crossover period will net you 2B as a playable character. She'll appear in your present box once you've completed the tutorial. It's expected to end on August 6th, giving you around 3 weeks to get involved.

I had the pleasure of interviewing Taro prior to the game's launch, and if you're a fan of his sense of humour, I'm sure you'll find his answers to be quite amusing. Here's a handy link.

And those looking to get into SINoALICE will find it available for download now from over on the App Store and Google Play as a free-to-play game. It's a fairly straightforward gacha RPG, all told, but some of Taro's charm does shine through every so often, and the art is lovely. Now is as good a time as any to get involved, especially if you're a fan of all things NieR.

Searching for the best mobile RPGs around? Here are 25 of our absolute favourites for iPhone & iPad

Run for president of the United States in The Political Machine 2020, available now for iOS & Android