This is one that I'm really happy to announce as part of Pocket Gamer LaunchPad, we've been speaking with Vanimals about the enigmatic Undying quite a bit, and while it was originally announced as coming to mobile and other platforms the Switch and Steam versions certainly took the center stage when it came to announcements.

We're pleased to exclusively showcase the first-ever mobile-specific trailer for the Undying, which is now confirmed as coming to both the App Store and Android Stores in 2021. 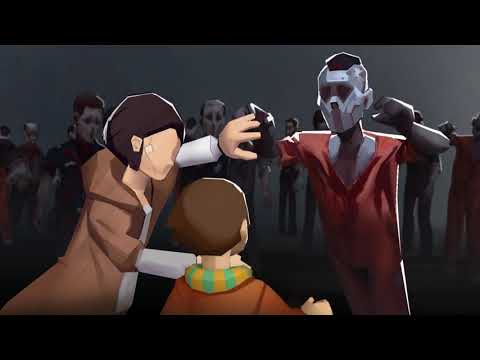 Undying tells the story of a mother who has been bitten during the zombie apocalypse. This isn't the standard zombie-horror where people turn into a zombie almost immediately after getting injured, but Anling certainly knows that she's now only got a certain amount of time left to live, keep her son safe, and teach him to survive once she is gone.

While the storyline of protecting and training a child up to survive you in a zombie apocalypse has been done before (see the final episodes of Telltale's The Walking Dead Season 1) Undying's cycle of open-area exploration, tight-combat encounters and a learning companion make it stand out from any game similar. Cody, Anling's son, will learn to cook, craft and even defend his mother through watching her - instantly putting his newfound skills to use as he learns them.

This means that, as you'll see in the trailer, there may be times where you are in immediate danger and he will save you from it with a deft slingshot missile or will help out in other ways.

Undying is going to be launching for PC and consoles, as well as Android and Apple devices next year.