Undying lets you race against time to survive the zombie apocalypse, coming to Steam Early Access on October 19th

The zombie apocalypse is now a little bit closer with Undying, Skystone Games and Vanimals' narrative survival game. Heading into Steam Early Access on October 19th, the gorgeous-looking title invites players to dive into a rich and evocative story set in a terrifying zombie apocalypse.

In Undying, players will follow the tragic tale of Anling and Cody as they do whatever it takes to survive the hordes of zombies out in the world. They must fight their way against a ticking clock - the mother must race against time to prepare her son to survive before she becomes a zombie herself. 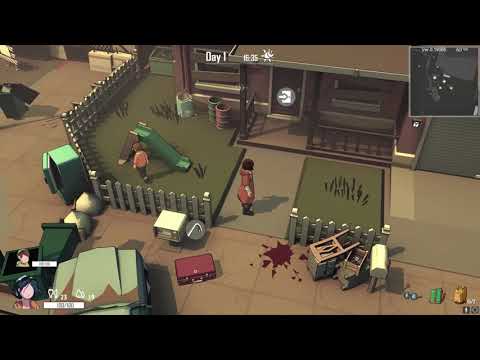 The survival features of the game include your typical scavenging for supplies and crafting makeshift tools, but what adds another level of emotion to the title is the idea that Anling and Cody are spending their last few days together. The end-of-the-world vibes are mixed with some deep emotional elements - can you make hope bloom in the midst of the growing darkness and ensure that Cody learns the necessary skills to survive?

The game also features a top-down view with a real-time day and night cycle, as well as a player-generated world map. The roguelike elements boost replayability, and the soundtrack adds to the atmosphere of the low poly title.

Want something similar on your phone? Why not have a look at our list of the top 15 best survival games for iPhone and iPad (iOS)?

Next Up :
Magic and Legend: Time Knights is an action platformer that's out now on Game Boy and Game Boy Color