Aggretsuko: The Short Timer Strikes Back is an upcoming match-3 puzzler for both iOS and Android that's based on the popular animated series. It sees everybody's favourite death metal singing red panda being tasked with designing the interior of the office where she works. It's set to release on 28th July as a free-to-play game.

Aggretsuko: The Short Timer Strikes Back has been developed by ACT Games and will see players clearing a host of match-3 puzzles so they can earn enough stars to decorate the new office. Retsuko will have to consider the needs of her fellow colleagues when making these changes in some way.

They'll also be on hand to help with the puzzles and to hopefully making netting those stars that little bit easier. Various characters from the series can be unlocked and each will bring their own skills that will help clear the board. Apparently some will be better for certain levels than others, adding a layer of tactics to the game.

There will also be boss battles to contend with as you progress through the stages. These will include irritating co-workers alongside evil bosses. You can check out some of the gameplay in the embedded video above, though in truth it mostly looks like a match-3 game with Aggretsuko dressing, which will undoubtedly appeal to some people. 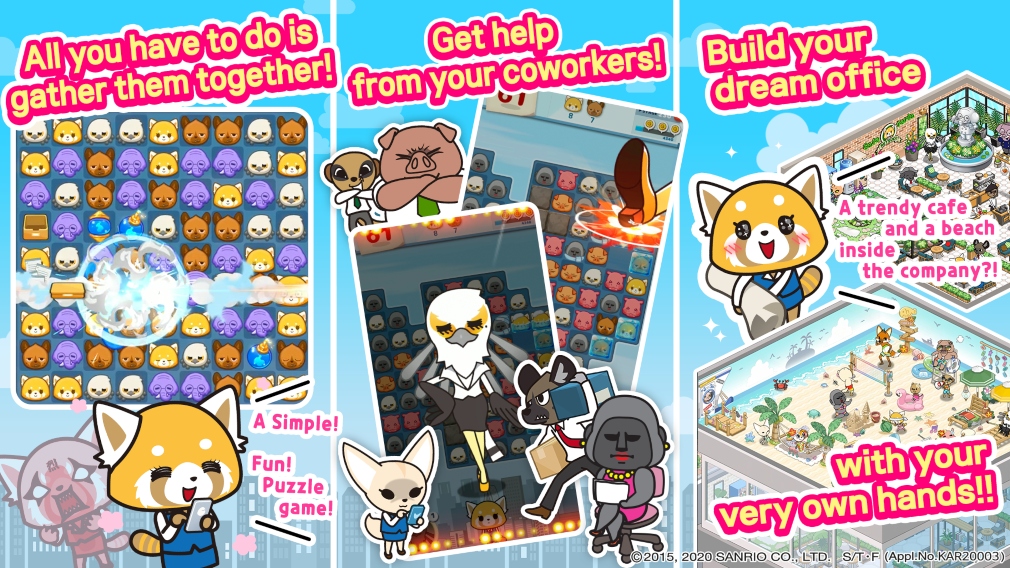 Interestingly, there will also be a series of 1-minute episodes for players to unlock and watch as they progress. These episodes originally aired in Japan in 2015.

Aggretsuko: The Short Timer Strikes Back is available to pre-order now over on the App Store and Google Play ahead of its release on July 28th. Players who choose to pre-register the game before it launches will receive Fenneko as an in-game character. It will be a free-to-play game with in-app purchases.

Enjoy match-3 puzzle games? Here are 10 of the best available for iPhone and iPad

Essential tips for Aggretsuko: The Short Timer Strikes Back on mobile