Or Professor Layton and the Unwound Future, if you prefer

The Layton Series Twitter account has unveiled today that the third instalment of the popular puzzle adventure series, Professor Layton and the Unwound Future – or Lost Future depending on where you live – will be heading for iOS and Android on 13th July where it will now be playable in HD.

The game starts with Professor Layton receiving a letter from his assistant Luke, which doesn't seem too out of the ordinary until he learns the message is apparently from 10 years in the future. It seems a little absurd at first until Layton remembers a recent accident in London involving a time machine exploding.

From there Layton begins his investigation to discover what exactly is going on. That means exploring and solving several puzzles to progress the story further and uncover more of the mystery. These conundrums and minigames will all make use of 'intuitive touch controls'. Of course, there will also be several characters you'll meet throughout the course of the story to chat with. 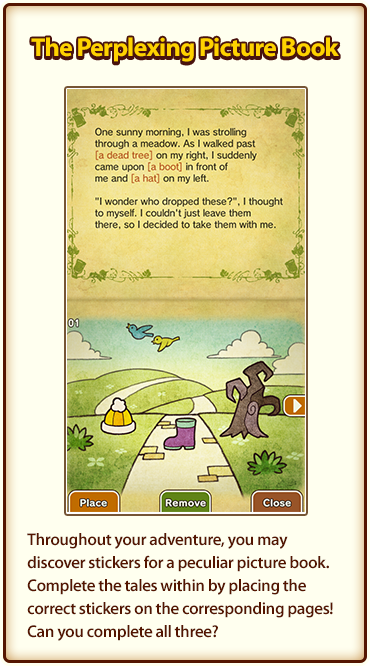 Professor Layton and the Lost Future initially launched for the Nintendo DS in 2008 for Japan and 2010 in the rest of the world. Much like a majority of the Layton titles, it was very well received, including by us. Damien McFerran reviewed it for us back in 2010, giving it a Gold rating.

Professor Layton and the Lost Future/Unwound Future will be available on the App Store and Google Play on 13th July. There's no word on price just yet but we'll be sure to keep you updated when we learn more.

On the hunt for more puzzle games to play on your phone? Here are 25 of the best available for iOS

Want more? Check out our growing collection of Professor Layton and the Lost Future articles!

Professor Layton and the Lost Future

US trailer for the 165 puzzle-strong new Professor Layton game