Detective Di is a point-and-click adventure game that initially released on Steam last year and as of today, it's available for iOS too. It sees players taking on the role of the titular investigator, Di Renjie, as he searches for a serial killer in ancient China.

Detective Di: The Silk Rose Murder - to give the game its full title - takes place in the capital city of the Tang Dynasty, during the reign of Wu Zetian, the first and only female empress of China. During the months since she took the throne, murmurs of revolution are heard and a series of gruesome murders are carried out. This is where players will step in as Di Renjie.

The gameplay itself won't be unfamiliar to those who have played a few point-and-click adventure titles in the past. There will be plenty of exploration where players will need to scan each scene for interactive objects and clues to solve the plethora of puzzles that the game presents them with.

There will also be multiple NPCs to interact with, each having various dialogue choices that may help you learn more information about the prolific serial killer. One intriguing feature that stands out from the usual adventure game fair will be scenes where players will be able to re-enact crime scenes to see if their theories match up with events. 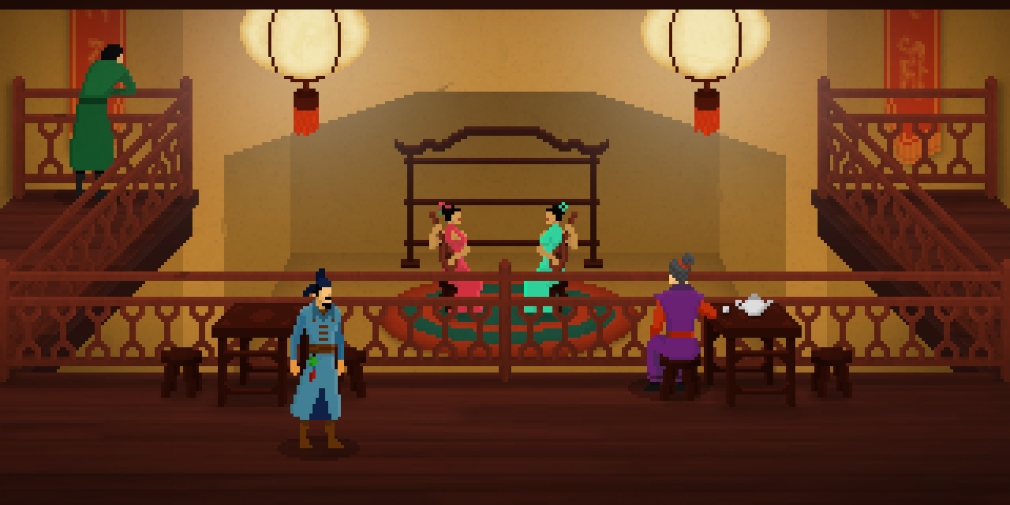 Detective Di sports a beautiful pixel art aesthetic that's intended to pay homage to old school graphics. There will be over 45 different locations to explore within the game, giving players plenty of opportunities to enjoy some ancient Chinese culture and history.

Detective Di is available now over on the App Store. It's a premium game that costs $4.99.

Enjoy games where there's a heavy focus on the story? Here are some of the best narratively-driven games that released in 2019
SEE COMMENTS