The Teenage Mutant Ninja Turtles are set to return to mobile devices this September with TMNT: Mutant Madness, an action RPG from Kongregate's Chicago-based studio, Synapse. This one sees you gradually building a squad of well-known heroes and villains from the classic show while duking it out on the mean streets (and sewers) of NYC.

"We're excited to reveal TMNT: Mutant Madness especially to longtime fans," said Mutant Madness' Game Lead, Tony Perkins. "Our team has been hard at work bringing these classic characters to life, knowing our players will appreciate the level of detail and heart we're bringing to the game. From the Turtles' sewer lair, to fighting the Foot Clan in the streets of NYC, to Krang in his Technodrome… This game was made by fans for fans."

Based on the game's trailer, it looks like your time will be split between combat-heavy missions and managing your sewer headquarters. The unlockable characters all have their own strengths and weaknesses, and you'll gradually unlock new skills as you continue to progress.

You might remember that Synapse was also behind the popular Animation Throwdown: The Quest for Cards, which was a card battler featuring iconic characters from shows such as Family Guy, Bob's Burgers, Futurama, American Dad, and King of the Hill. It's been downloaded over 20 million times since launching for iOS and Android, and its user reviews are very positive indeed. 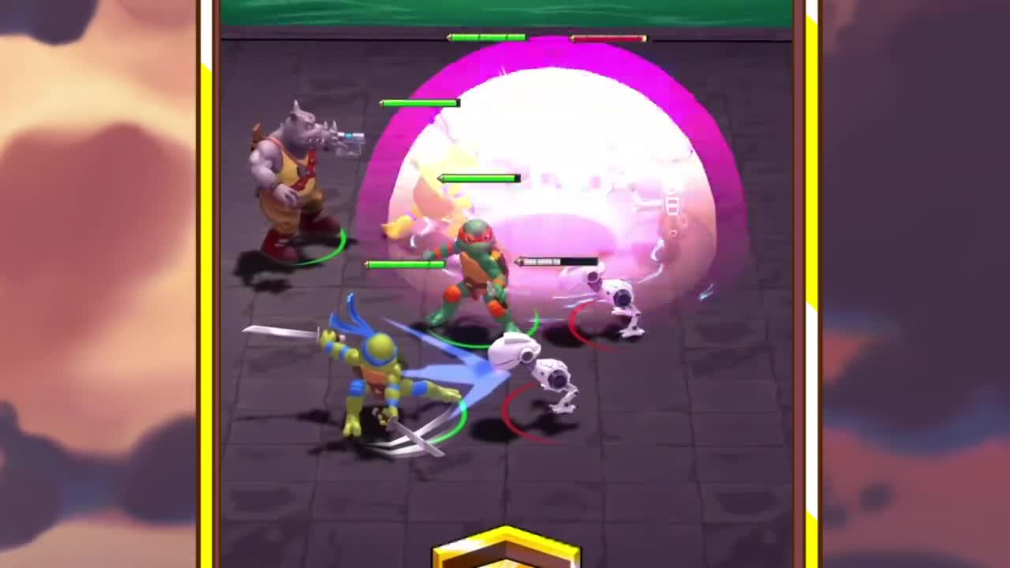 TMNT: Mutant Madness is currently expected to launch this September for iOS and Android devices. There have been some decent TMNT mobile games in the past, including a slick brawler from back in 2014.

I'm getting strong Fallout Shelter vibes from the idle management gameplay, but I'm probably more concerned with how the combat plays and feels, which isn't something you can always pick up from a trailer alone.

Hunting for your next RPG fix? Well, here are 25 of the very best for iPhone & iPad