DC Battle Arena is a midcore MOBA featuring a varied selection of DC's biggest heroes and villains. You'll gradually amass an impressive roster of fighters while mastering their individual skills in real-time combat. If that sounds like a good time to you, I'm sure you'll be happy to hear that developer Electrical Soul BBQ Studio has now released a beta version in select regions.

Some of its unlockable characters include Superman, Batman, Wonder Woman, Harley Quinn, Green Lantern, and Nightwing. Their designs are a bit cutesier than you might expect, as is the game's look in general.

Matches see three teams of two going head to head in fast-paced combat. You'll gradually unlock new and better gear as you continue to progress, and there seems to be a big focus here on climbing the global PvP ranks.

You can also expect to see the usual mix of daily missions and rewards as you continue to improve your roster and build the ultimate superpowered team. It all sounds decent enough, though it's certainly entering a fairly tricky market, which also includes Marvel's mobile MOBA, Marvel Super War. 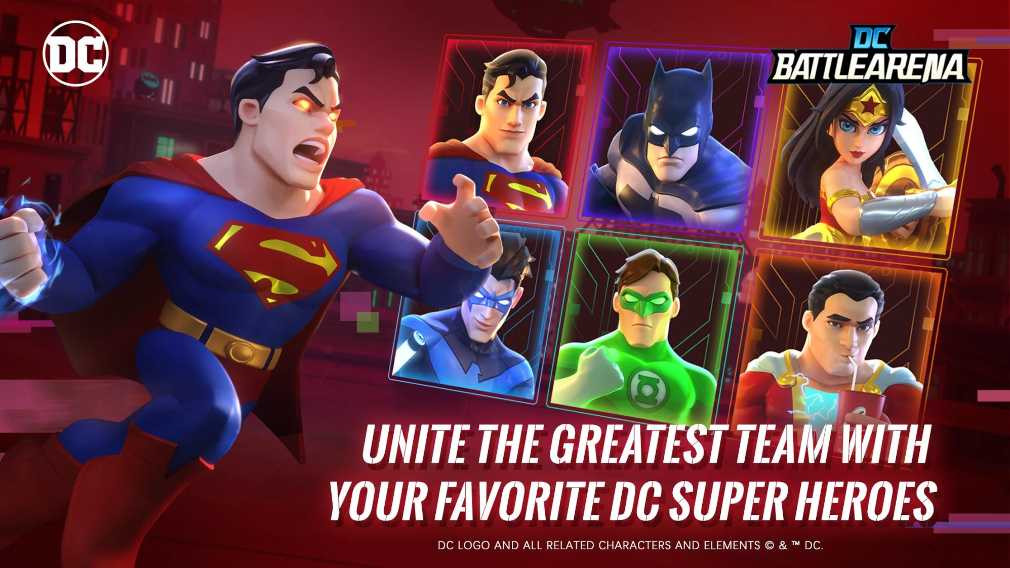 Kongbakpao notes that the current soft-launch period will run until July 7th, giving you a couple of weeks to get involved. The test is only available for those with an Android device in Malaysia and the Philippines.

Assuming you meet the criteria, you'll find DC Battle Arena available for download now from over on Google Play. And if you fancy joining the game's community, here's a handy link to its official Discord server.

Searching for some high-quality multiplayer games? Here are 25 of the very best for Android
SEE COMMENTS