Creeping its way towards an Android launch

Outsider is a neat sci-fi horror puzzler from Rogue Games and Once a Bird that's heading towards launch for Android and Google Play Pass, with an iOS version potentially set to follow.

Mankind has mysteriously gone extinct, and after a brief intro cutscene, we open on someone's skeletal remains. It appears to be the case that they've attempted to hook their mind up to a robot, though the process remains very much incomplete.

Cue the skeleton's head falling off and causing two cut wires to carry power to a nearby computer. Thus begins the lengthy process of waking this metal man from his slumber.

While most of the puzzles revolve around sorting out tech issues, so far they've all felt sufficiently different from the last. None have left me stumped for too long, which I see as a good thing given that their relative simplicity allows the narrative to remain at a brisk pace.

There's a decent sense of atmosphere – something the creepy sound design helps with – and I appreciate that it's aiming more for existential horror as opposed to irritating jump scares. 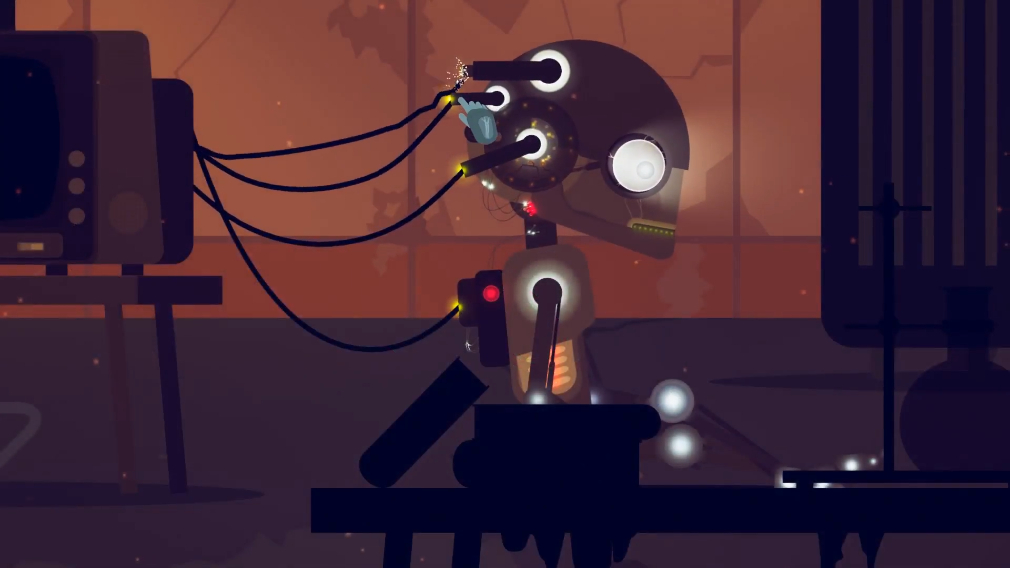 The game's aesthetic is similarly strong, with the lurking camera being used effectively to carry us from scene to scene and puzzle to puzzle. You get some very invasive up-close looks at wiring and machinery along the way, and the design of the robot is fairly unnerving.

I'm looking forward to seeing how the narrative and puzzles progress, and if you're similarly intrigued, you'll find Outsider available for download this summer. It'll be available as a premium game on Google Play, and Google Play Pass subscribers will have access to it straight off the bat. We'll let you know as soon as more info arrives on a potential iOS version.

Searching for some top-tier puzzle games? Here are 25 of the best for iPhone & iPad
SEE COMMENTS