The rather brilliantly named Willy Jetman: Astromonkey's Revenge is indeed a real game, and it's flying its way towards an iOS and Android launch on July 9th.

This one's an arcade shooter that first made the rounds on consoles and PC earlier this year. You play as the titular Willy, who one day heads out on a grand adventure across the world of Gravos, or rather its complex cave system and hidden grottos.

Naturally, the planet's underground is packed full of traps and deadly lava, and there's even talk of an ancient civilization who once called Gravos home. Along the way, you'll collect and recycle ship parts, engage in combat with a varied selection of enemies, and learn to traverse your deadly surroundings.

You'll have an impressive arsenal of weapons at your disposal with which to burn, blast, and explode your foes. Some of these guys include giant wasps, flying fish, stone giants, and even dragons. Each has its own strengths and weaknesses, so it sounds like you'll have to experiment to see which of your guns proves most effective.

Outside of combat, you can spend your time chatting to the locals, visiting the village of Gravonite, or collecting hidden statues dotted throughout the world. 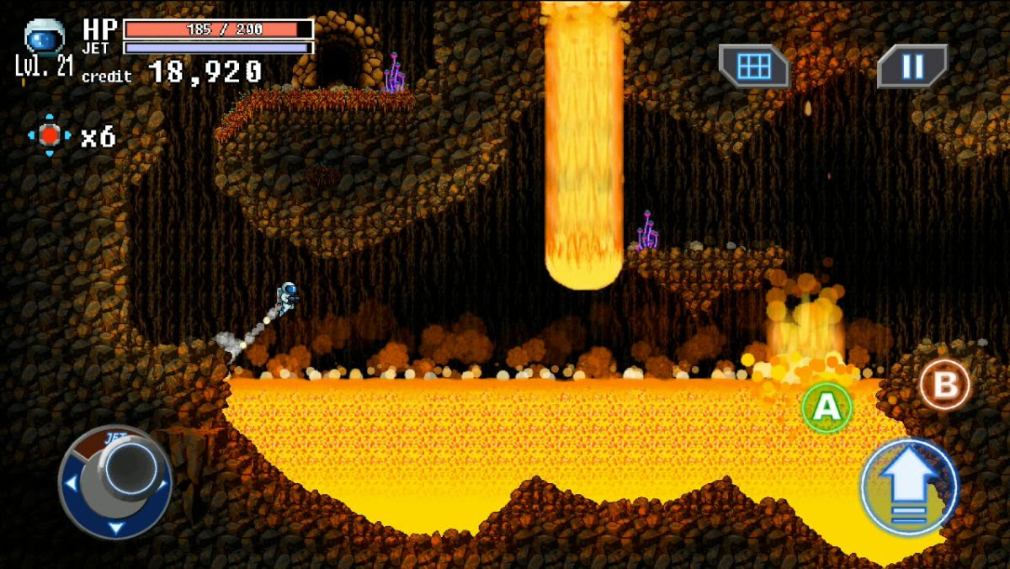 The mobile and tablet versions have been adapted for touchscreens, altering the controls and generally making it a more mobile-friendly experience. If you have a PC and fancy trying Willy Jetman out before picking it up on mobile, there's now a demo available over on Steam. It sounds fairly extensive, containing the game's first three scenarios.

If you're feeling patient, Willy Jetman: Astromonkey's Revenge will launch for iOS and Android on July 9th. It's now available for pre-order from the App Store as a free-to-play game.

Fancy playing some of the best action games on mobile? Here are 25 of our favourites for iPhone & iPad
SEE COMMENTS