EVE Echoes, CCP and NetEase's ambitious space MMORPG, is set to launch for iOS and Android in August

First announced back in 2018 for a 2019 release, CCP and NetEase's long-in-development EVE Echoes finally has a (seemingly) firm launch date. The news arrived as part of a livestream that also contained plenty of new gameplay footage and fresh info.

Echoes is of course a mobile adaptation of CCP's legendary MMO, EVE Online. Note that I've called it an adaptation rather than a port, as there are several key ways in which Echoes and its big brother differ. For starters, Echoes takes place in a sort of alternate universe, which also happens to be quite a bit smaller than what PC players might be used to.

These things are all relative, however, and the fact remains that Echoes shows signs of being one of the most ambitious, and perhaps complex, AAA mobile games to date.

The game entered open beta in December, though news of a delay followed in February. It was one of the first game delays caused by the ongoing pandemic. 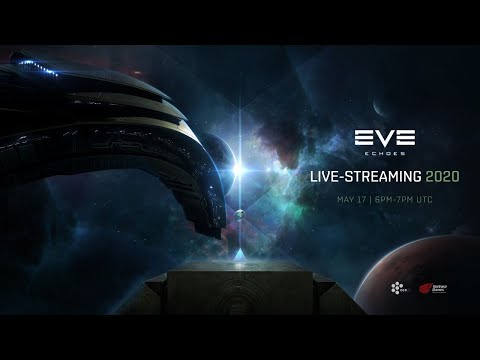 In October of last year, I attended EVE Vegas to have a hands-on experience with Echoes. I definitely came away impressed by its ambitious sense of scale and the team's attempts create a mobile-friendly experience out of a game that is anything but.

We've already seen some EVE-inspired mobile games such as Second Galaxy prove rather popular, showing that this sort of layered, hardcore space sim can indeed work and draw in a sizable number of players on mobile.

EVE Echoes is available for pre-registration over on both Google Play and the game's official site. As I say, it's currently set to launch for iOS and Android this August, and I can't really see it being delayed beyond that.

Searching for some top-tier RPGs to while away the hours? Here are 25 of the very best for iPhone & iPad

Kartrider Rush+: Hints and tips to help you scorch the track