There's a free 5-star unit up for grabs too

Arknights, the increasingly popular tower defence game, is celebrating summer a little early with an in-game event called Heart of the Surging Flame. Alongside a host the usual event-related stuff, there will be new soundtrack music that has been created by Dutch DJs Yellow Claw.

Music is very much at the heart of this event too. Following the events of Chapter 5 Kal’tsit makes the suggestion that the Doctors and Operators should take a short vacation in a place called Siesta, which is known for a music event called The Obsidian Festival.

At the start of the event, you will be asked to choose between three performers. This will give you exclusive background music and furniture to decorate your base with. Beyond that, you'll be able to collect Obsidian Festival Tokens during the event that can be exchanged at capsule machines for various items.

The map for Siesta will initially be mostly covered by water. However, as you complete operations volcano tiles will appear that will allow you to explore further. If you progress far enough and beat Operation OF-4 you'll get a free 5-star unit called Ceylon. She has a wide radius of healing for her allies but the potency of this ability is reduced the further away the receiving unit is from Ceylon. 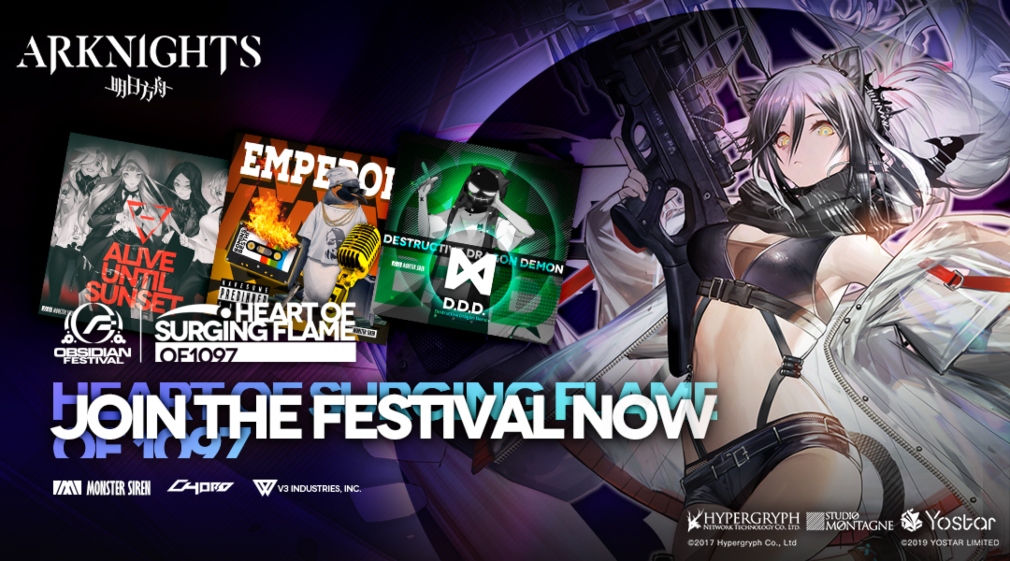 Elsewhere, a further 3 units are up for grabs and a few new outfits for some of the characters. The units you'll be able to find include 6-star Sniper Schwarz, 5-star Supporter Glaucus and 4-star Medic Sussurro. As for outfits, there will be 7 in total with Ansel's being obtainable for free whilst the rest are available for purchase until May 20th.

Looking for more tower defence games? Here are 24 of the best available for iOS