Bomb Bots Arena is an intense, mobile-friendly spin on Bomberman that's heading to iOS and Android in June

Bomb Bots Arena is a fun, fresh spin on Bomberman that takes the core of the arcade classic and spruces it up for modern mobile gamers.

Its standard 4-player arena matches are fast and mobile-friendly, lasting only 60 seconds. Things generally start out simple enough, but the arena will eventually begin to burn around the edges, forcing the remaining players closer together. As you might imagine, the action can get pretty intense in no time flat, and soon you'll be thrust into a frantic battle for survival.

As you continue to progress and level up, you'll earn new abilities that allow you to excel in the arena. Some of these include your standard throw, kick, and jump, but there's also a remote-detonated bomb to play around with and a walker bomb that, while cool and useful, leaves you vulnerable to attack.

There's currently a battle royale mode in the works, as well as custom games. Here, you can adjust the number of players, the size of the arena, and which items can be found scattered around the place. 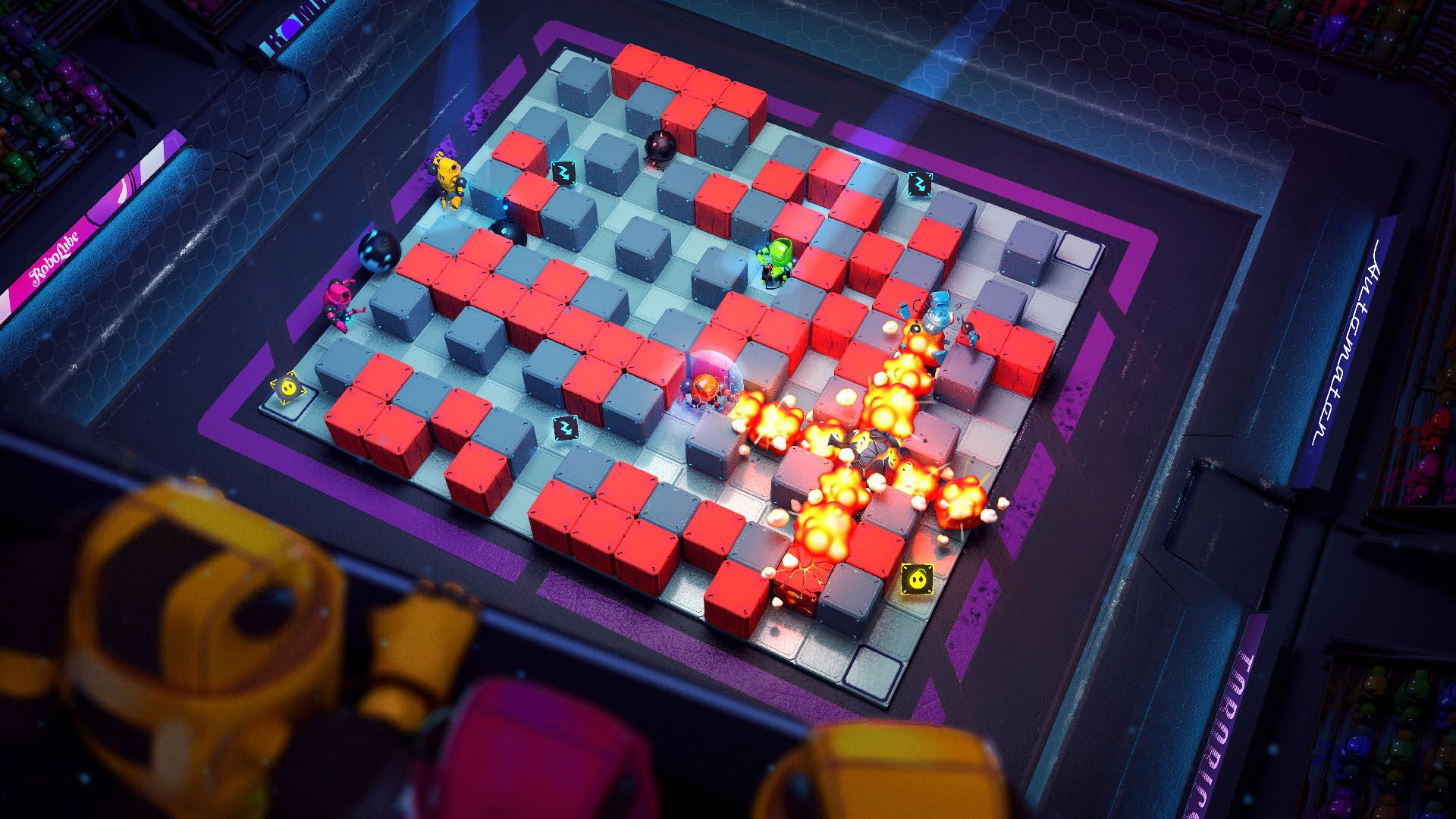 Outside of matches, you can customise your dinky bot with tons of neat cosmetics, making them unique to you. Developer Tiny Roar has worked to allow for crossplay between devices, giving you the option to carry your progress across from PC/Mac to mobile, or vice versa.

Bomb Bots Arena is currently expected to launch on June 1st. After the initial release for iOS, Android, PC, and Mac, the team is planning to bring the game over to Nintendo Switch. It's also worth noting that BBA will be a free-to-play title with paid cosmetics and time savers. If you'd like to check it out or learn more ahead of launch, here are links to the game's TestFlight build and Discord.

Searching for more top-tier multiplayer games? Here are 25 of the very best for iPhone and iPad
SEE COMMENTS

Super Fowlst 2 is a charming, hyperviolent action game making its way to iOS and Android on May 26th