A Fold Apart, now available on Apple Arcade, is a heartfelt puzzler about the struggles of maintaining a long-distance relationship

Also out for Nintendo Switch and PC

A Fold Apart is now available for download on the App Store.

A Fold Apart is a 3D puzzler that explores couple Robyn and Mark's long-distance relationship. Via inventive, perspective-shifting puzzles, developer Lightning Rod Games weaves what looks to be a must-play narrative adventure.

It's by no means a standard premise for a mobile game, but that's entirely ok with me when the struggle of trying to remain together with a partner through texts and calls while apart seems so deftly handled.

THE WAIT IS OVER! We are so excited to announce that A Fold Apart will be releasing next Friday, April 17, on Apple Arcade, Nintendo Switch and Steam! #AppleArcade #IndieGames Check out our release trailer! — A Fold Apart/Lightning Rod Games (@LRGthunder) April 9, 2020

The basic idea is that each paper-like level is split into two halves, with Robyn on one side and Mark on the other. You'll have to work your way through various tricky environments and fold the paper to find pathways between them. I'd advise that you give the trailer a watch to see how neat this looks in practice.

The constant folding and rustling of papers reminds me a little bit of Media Molecule's Tearaway, which is no bad thing, though the puzzles here are obviously quite different. I love the homemade look to its presentation, and it's already shot right to the top of my "to-play" list. 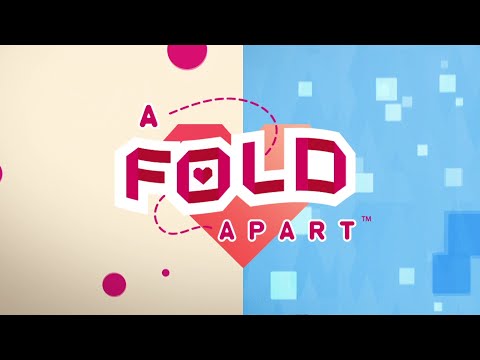 It's a bit strange to see next week's Apple Arcade release announced so far in advance, that's not usually the case at all, but I suppose the difference here is that it's launching on the same day across multiple platforms, including Nintendo Switch and PC.

A Fold Apart looks wonderful, it really does, and I have no doubt that Robyn and Mark's tale will pull more than a couple Pixar-style gut punches on me, which is why I'm both excited and more than a little anxious to give it a go when it lands on Apple Arcade next Friday, April 17th. More info can be found on the dev's official site.

In the mood for some top-tier narrative adventures? Here are some of our favourites for iOS and Android

Beyond Blue, out now for Apple Arcade, is a stunning underwater adventure from the makers of Never Alone

Everything you need to complete A Fold Apart - Apple Arcade cheats, tips