Not your average runner

We have a practically infinite number of runners on mobile, but I can't think of too many whose main inspiration is the world of horror. It seems like a natural fit, really, though with so many runners being aimed at more casual players, I get why they don't tend to throw giant spiders and other such nightmare fuel your way.

Rest in Pieces is a rare runner that's all too happy to upset and stress out its players on the regular. After launching early last year, it's received regular support and fresh content, the latest of which is its Spring update.

What can you expect from it? Well, some neat seasonal skins and in-game offers, though – perhaps more interestingly – it also adds more levels and improves their overall design. This all follows on from the game's major Christmas update, which added the ability to play as Mara, the mother of all nightmares.

For those not in the know, Rest in Pieces casts you as a fragile porcelain doll being violently flung through a series of never-ending nightmares. At its heart, it's a tricky boss runner where you'll take down all manner of creatures, including a killer clown, Kraken, Medusa, Dracula, and even a yeti. 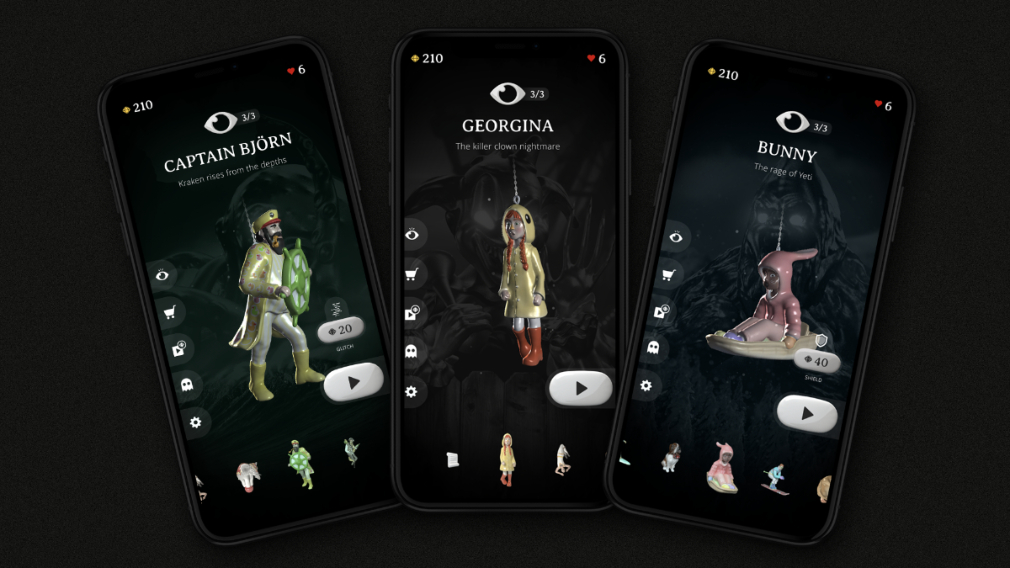 Old Deputy Ed Harry reviewed Rest in Pieces at launch, calling it "a distinctively flavoured horror-runner marked out by an intriguing swing mechanic", before awarding it an impressive Silver Rating. As far as I can tell, there are few games like it on mobile, and I can't help but get drawn in by its presentation alone.

More playable characters and bosses are planned to arrive in future updates, so now seems like a decent time to get involved if you've yet to do so. Rest in Pieces can be downloaded now from over on the App Store and Google Play.

Big fan of runners? Here are 25 of the best for iPhone and iPad
SEE COMMENTS