Itatake's Rest in Pieces has just received a festive update which puts a fresh spin on its mix of horror imagery and runner gameplay. The new theme, Mara's Nightmare, is the first of the game's modes to offer endless runner action.

Instead of working to beat your worst nightmares, you instead become one in Mara, the mother of all nightmares in Scandinavian folklore. It's certainly an interesting twist, and it's said to be extremely challenging, which means it should easily appeal to players who've stuck with the game since launch.

"We have planned for a Mara theme since we started to develop Rest in Pieces", said Itatake’s Thomas Wedin. "When our community wished for the endless mode, we decided that it was finally time for Mara to enter".

The game in general reminds me of one of my favourites of the decade, developer Drool's Thumper. Both games boast an atmosphere of otherworldly unease which I'm a huge fan of. That said, Rest in Pieces clearly offers its own unpleasant (in a good way) aesthetic. 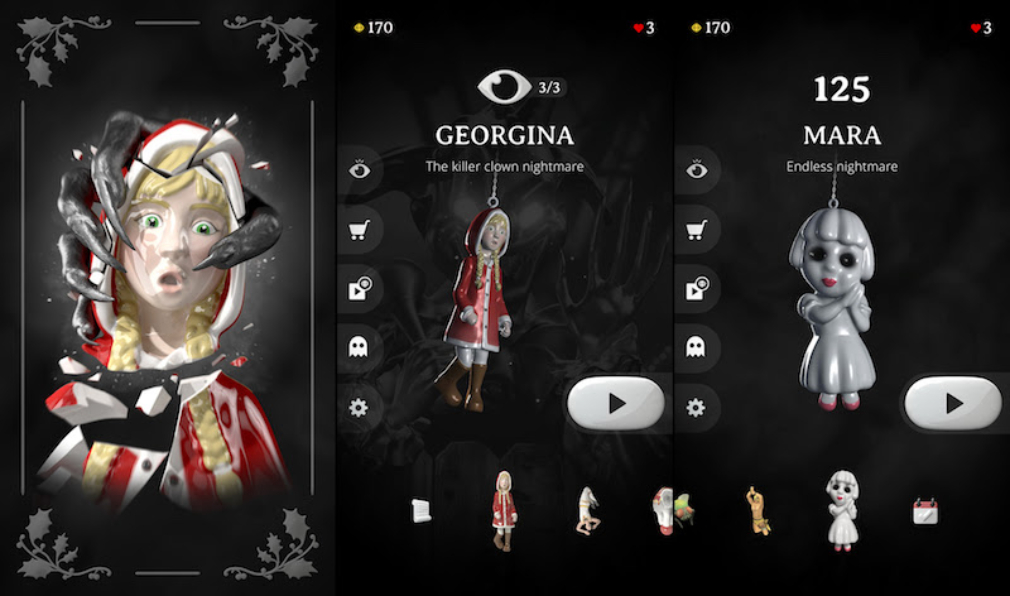 Levels see you, a porcelain doll, dodging obstacles and clinging onto a chain for dear life as you're pulled toward some giant monster from your worst nightmares. It can get pretty intense the further on you get, and it's definitely one of the more unique runners out there, even if just for its horror theme.

If you're yet to give it a go, I'd recommend checking out the trailer above to see what it's all about. You'll find Rest in Pieces available for download now from both the App Store and Google Play.