For the masochists out there

Pascal's Wager, the popular 3D soulslike for mobile, looked almost too good to be true when we first laid eyes on it at Apple's "By Innovation Only" event last September. When it eventually launched, it came as quite the surprise to find that it was pretty darn solid – a robust and very playable take on the now well-worn soulslike template.

Sweetening the deal even further is its impressive post-launch support, which has already included a Casual Mode for players looking for an easier time and, finally, an extensive New Game Plus offering. The new mode is included in the 1.1.8 update, scheduled to arrive tomorrow, March 31st.

From now on, those who've finished the game will be able to continue their adventure into an even more challenging run. Once you've loaded your completed save, just chat to the owl in the carriage to begin your next quest.

To deal with the increased level of difficulty, progress and some important items will carry over. These include your altar level, active talents, items and trophies unrelated to the story, any collected lore, and any completed character contracts.

You'll have access to all of the game's playable characters right from the start of NG+, which is neat, and the overall difficulty of your run will increase with each new playthrough, meaning NG++ will be considerably harder than your standard NG+. 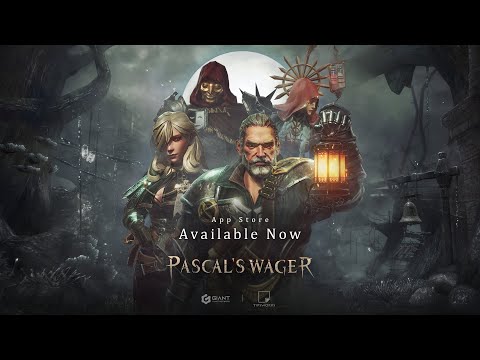 A number of smaller issues will be addressed in the update, including a couple of audio and visual bugs. You'll also now be able to place the virtual joystick anywhere you like on screen. The full patch notes can be seen here.

Those looking for another soulslike to while away the hours will find Pascal's Wager available for purchase from the App Store. It's set to launch for Android later this year.