Popular ARPG Pascal’s Wager, developed by Tipsworks Studio and Giant Games, has announced its next big update. Entitled Dance of the Throne, this new piece of DLC will introduce a new playable character, an option to play a remixed version of old stages, and a new leaderboard feature.

Pascal’s Wager has seen a lot of post-launch content with both free updates and paid expansions, from a Casual Mode difficulty setting to a New Game+ option and the Into The Dark Mist paid DLC alongside many others.

For a game only released about a year ago, it’s become quite clear this is a labour of love for the developers, and this new DLC is no different. Dance of The Throne will introduce a new playable protagonist named Elena, who comes equipped with her own moveset and weaponry, bringing a new way to experience Pascal’s Wager. 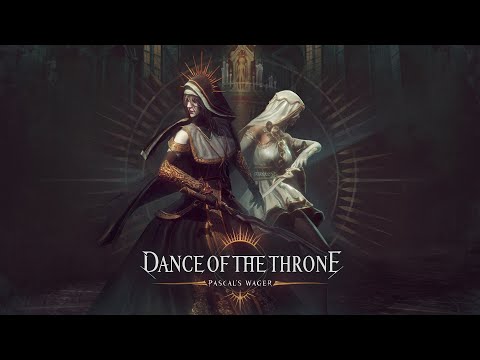 And to further that new experience, this content also includes the option to play remixed versions of previous levels that will have new enemy placement, layouts, and challenges. Speaking of challenges, there will also be a new Challenge Mode featured in the DLC.

It offers a higher difficulty mode that’ll really push your skills to the limit and truly test them, so if you’ve been finding Pascal’s Wager too easy for your taste, this’ll be perfect for you. On top of all this, there’s also a new leaderboard feature for both regular levels and all of the other modes of play to see how you stack up against your friends.

All that content for the low price of $1.99 is a bit of a steal, so be sure to hop on it and check out all the new stuff! If you’d like to do so, you can purchase Pascal’s Wager for only $6.99 at either of the links below! In the meantime, you can take a look at the official website for more information on the game itself or the brand-new DLC.

Looking for more action role-playing games? Check out our Top 10 best aRPGs for Android!
Next Up :
LifeAfter's Sea of Zombie expansion has arrived alongside a live-action interactive video