Following the release on Nintendo Switch in 2018

Bomb Chicken is now available on both the App Store and Google Play. It's a premium title that costs $4.99.

Bomb Chicken is a retro-inspired platformer that originally released on Nintendo Switch back in 2018, where it's been quite well-received. Now, it will be heading for iOS devices on 1st April and that's no yolk. Ahem, sorry.

Even if you're unfamiliar with Bomb Chicken, it probably won't surprise you to know that it's a game where you play as a chicken that can lay bombs instead of eggs. Our rotund hero gained this power after a freak accident, which is how all good superhero origin stories begin.

It's this bomb laying power that aims to set Bomb Chicken apart from the plethora of other platformers that are available on mobile at the moment. It's a surprisingly versatile power that goes beyond the obvious explosive properties.

Those are, naturally, very important too and can be used to destroy objects that are hindering your progress or concealing hidden areas. You'll also be able to throw them around corners and into places our chicken hero can't squeeze through if switches need to be activated. 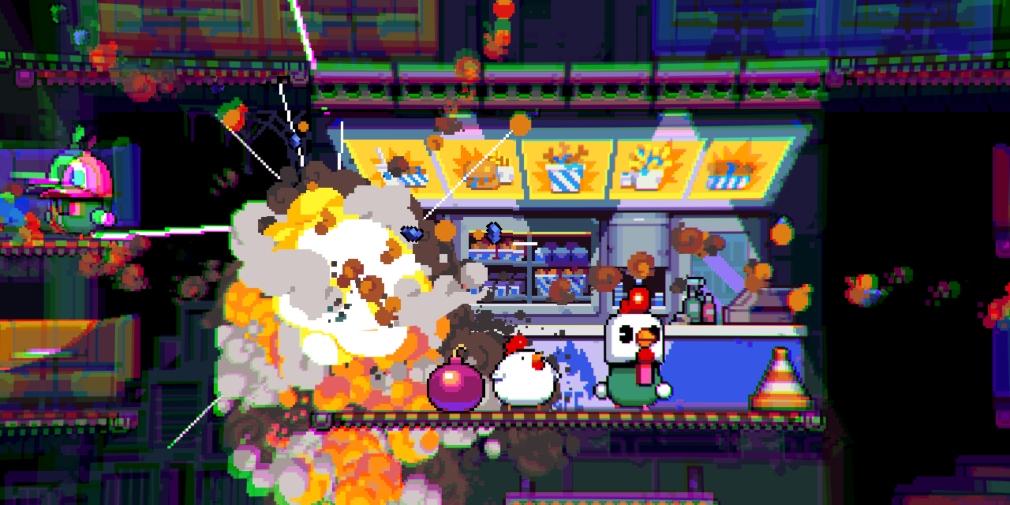 But beyond all that, you'll also be able to get to hard to reach places by laying a big stack of bombs to help elevate you to those platforms. If there's a pressure-sensitive switch that needs weight to keep a door open you can use a bomb to do so, you'll just have to make sure you dart through the entrance before it does the whole exploding shtick.

Elsewhere you can create a bomb barricade to protect you from enemy attacks. Once they've attempted to kill you you'll be able to return the favour by kicking a bomb in their direction. 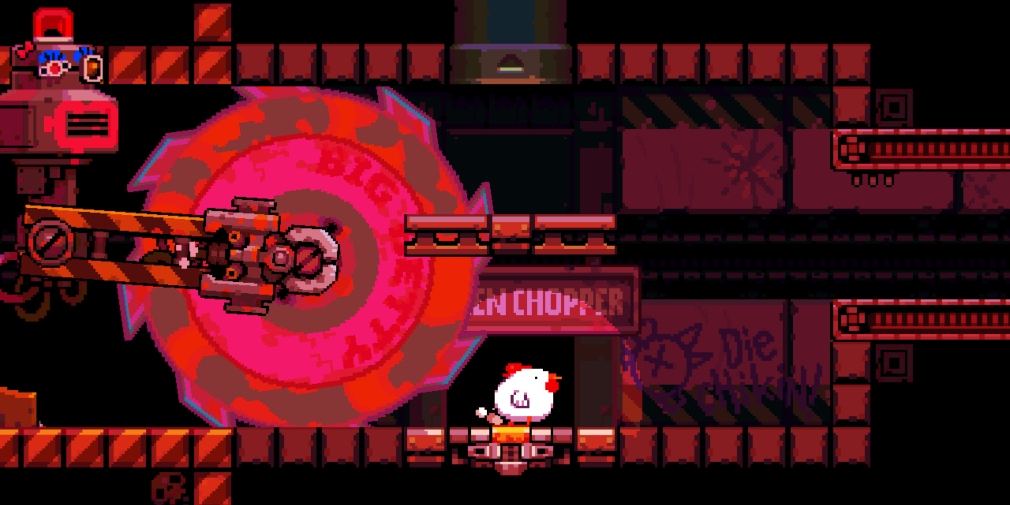 Bomb Chicken is available to pre-order ahead of its release on the App Store on 1st April where it will cost $4.99. Meanwhile, the game is currently available on the Switch eShop for $14.99.

Enjoy platformers? Here are 25 of the best available for iOS
SEE COMMENTS