Naruto: Slugfest, the open-world MMORPG, opens for pre-registration ahead of its launch this spring

Expected to launch on April 29th

Naruto: Slugfest is an open-world MMORPG that recreates its source's anime setting in painstaking detail while delivering an authentic yarn through animated cutscenes featuring the original voice actors from the show.

Naruto has returned home to Hidden Leaf Village after some intensive training with Jiraiya. He's now feeling ready to head out again and journey through the Shippuden Arcs alongside his close friends.

The core gameplay sees you gradually mastering powerful ninjutsu combat with one of four character classes. These include the Earth Keeper, a broadsword-swinging powerhouse; Blazing Lotus, a pyromancer with healing abilities; Thunder Assassin, a high-mobility fighter with a range of surprise attacks; and Wind shooter, a fast-moving ranged class.

You'll progress and unlock new abilities by taking down enemies, working your way through story missions, and maybe helping out with the odd side quest for your village.

Long-time fans will be pleased to hear that you can recruit characters from across the world of Naruto into your party, enlisting their skills to help you with the task at hand.

The game's world is said to offer a detailed and immersive ecosystem, using dynamic lighting, shadow effects, and an impressive weather system to bring everything to life. The changing weather also appears to play into the plot, with the sudden shifts being attributed to mysterious creatures. 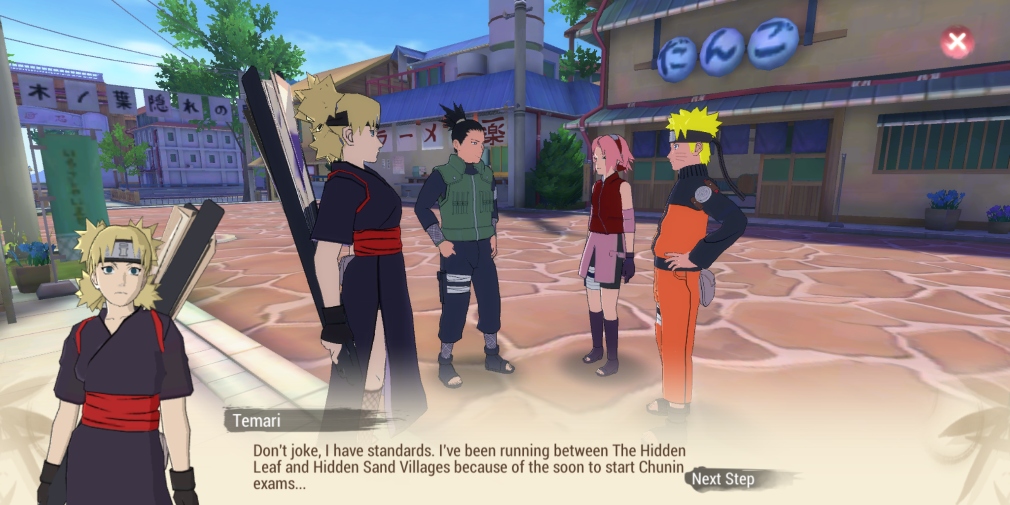 With it being an MMORPG, you can expect the usual mix of guild wars and co-op play. Interestingly, the game lets you leave comments and reactions for other players to find, making Slugfest a more social experience.

Naruto: Slugfest's pre-registration campaign is now open, offering a special reward to those who pre-register on its official site. The game's set to launch for iOS and Android this spring, meaning you don't have too long to wait to start Naruto running all over the place with your pals. The App Store currently lists April 29th as the expected launch date.